Slowing Growth Not Yet A Major Worry 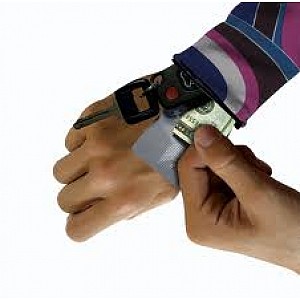 Widespread forecasts that China’s rate of growth slowed to 7.6% in the June quarter from 8.1% in the March have just been confirmed. That means China’s economy has recently grown at its slowest pace in three years which opens up a whole range of questions. The first is why the slowing in growth from 10.4% over calendar 2010 and 9.2% over 2011?

The answer is that two negative forces have been in play. The first is weakness in what until the first half of this year was China’s biggest export destination – Europe. Exports have fallen. Second, after adopting a fiscal boost equal to 16% of GDP during 2009-10 and permitting a massive surge in lending near four times that amount, imbalances appeared in the property sector in China which from late-2010 to late-2011 were attacked with tighter monetary policy and other lending controls. Soaring property prices have been contained but an over-supply of new dwellings means construction has weakened considerably.

Will growth slow further and if so could the slowing become the much-feared “hard landing” whereby unemployment starts rising? In Western countries there have been plenty of hard landings bringing 8.2% unemployment in the United States and a record 11.1% in Europe. If China’s unemployment rate were to rise from the current 4.1% then on the face of it this would be unwelcome but hardly a disaster spawning overthrow of the CCP as many in the West postulate.

Any rise in China’s unemployment rate is likely to be limited by downward movement in wages (in contrast to the wage rigidities built into Western labour markets). Additionally, a key characteristic of China’s population for centuries has been its mobility in response to unrest, natural disasters etc. In the event of high unemployment in an area one can reasonably expect people to shift elsewhere. This stands in stark contrast with the Mediterranean countries where the culture is one of people being born, living, and dying in particular areas. This makes for a very rigid labour market unable to adapt to change.

Also, many Chinese businesses have been complaining about high staff turnover and labour shortages with fears of worse to come due to the one child policy from 1978 bringing a sharp fall in new entrants into the labour market.

Most significantly, unlike the situation in the West China still has considerable scope to ease monetary policy in order to help the economy ride through a period of weakness. Already the one year benchmark lending rate has been cut two times to sit now at a still high by world standards 6%. Bank reserve asset ratios have also been eased three times but at 20% sit well above the 15.5% of 2009.

China also has more fiscal policy power than the West with government debt as a proportion of GDP less than half Europe levels. China also has key dynamics such as a continuing movement of 10 -15 million people each year from the countryside to the cities helping to boost domestic demand. The fixed capital stock per capita is still only 10% of that in the United States so if necessary the infrastructure boom recently seen can continue for quite some time.

There is also continuing reform of the welfare, housing, health and education support structures which will work over time to cut the need for high household savings (current rate near 24%) and allow faster growth in consumer spending.

Already there are signs of activity picking up in the residential property sector in response to policy loosenings and expectations that further easing back on lending conditions will happen. Plus, although it is inevitable that China’s annual GDP growth rate will at some stage consolidate well back from a range of 7% - 10%, with GDP per capita still only about US$6,000 - $7,000 there is a long way to go before China follows the same slowing growth path as Taiwan, South Korea and Japan.

The common expectation is that in the second half of this year China’s growth rate will improve slightly, but there is considerable uncertainty regarding how much policy stimulus will need to be delivered in order to ensure this year’s growth target of 7.5% is not undershot.