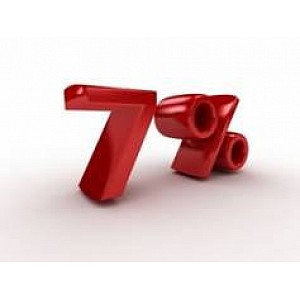 China’s economy has slowed from a growth rate of 10.4% over 2010 to 9.2% over 2011 and an annualised pace of 8.1% in the March quarter of this year. A few weeks ago the common expectation had been that growth would accelerate in the June quarter. But data released in the past month show that such an improvement is unlikely and a slowing toward 7.5% is most likely underway at the moment.

The question becomes, could growth slip below the key 7% level under which we describe China as having a “hard” landing (though nothing like a recession)? And, will the authorities implement a fiscal boost as was seen in 2009 to combat the effects of the global financial crisis?

Given that just recently the Australian gross domestic product growth rate for the March quarter proved to be twice expectations with a rise of 1.3%, it would be unwise to rule out completely the scope for a statistical blip down in China’s growth below 7%. All data have capacity to surprise. However the probability is not yet high enough to cause extensive worries in commodity markets and the general consensus is that any such dip would prove temporary.

The source of China’s weakness is principally two things. First there is weakness in European markets which take almost one-quarter of China’s exports. The clear risk given the situation in Greece and slowly building run on some Spanish banks is that Europe is in recession for the remainder of this year and could easily cause substantial volatility and weakness in global asset markets as the Euro potentially falls apart. It is difficult to see anything other than downward pressure on China’s growth rate from Europe for the next year.

With regard to the United States the situation is far better with growth in the US economy expected close to 2% this year and next. However the last three monthly jobs reports have been much weaker than expected and hoped for, and there is a substantial tightening of fiscal policy to kick in from the start of next year. Therefore there is a risk also that for the coming year demand for China’s manufactured goods out of the United States also stays on the weak side.

With regard to domestic Chinese growth the indicators have almost all been weakening recently in response to a sharp tightening of monetary policy and property purchase rules over 2011. House prices have been falling on average by close to 0.3% a month.

One might take some solace form real estate sales improving recently. However lending growth has slowed down and with consumer confidence having weakened it would seem optimistic to expect an already heavily debt-burdened real estate sector to drive China’s forward in the near future.

Prospects for still firming rising household spending seem good however on the basis of underlying firm growth in wages and the continuing shift of 10 – 15 million people each year into cities from the countryside. With regard to infrastructure it is hard to get a good feel but recently there have been reports of a doubling in the pace at which consents are being granted for projects. That perhaps then is one of the way in which the authorities intend addressing the effects of slowing growth.

Certainly there have been comments from the top indicating clearly that the 16% of GDP fiscal stimulus of 2009-10 will not be repeated. But just recently we have seen the People’s Bank of China cut its lending and deposit benchmark rates by 0.25% and cut bank reserve ratio requirements three times.

Further stimulatory measures using monetary policy are likely, and we could see some other version of the recently reintroduced programme of subsidies for households to buy energy efficient appliances.

But it pays to remember that the authorities explicitly want growth to slow down to an average of 7% per annum during the current five year period in order to stem the growing divides in society based around disparate income and wealth growth rates. So aggressive fiscal and monetary easing are unlikely. But a slowdown in growth from 9.2% last year to even 7% in total this calendar year would barely alter the dynamic facing NZ exporters of a rapidly growing economy and more rapidly growing middle class seeking the quality food and beverage products and processing systems in particular which we have to offer.