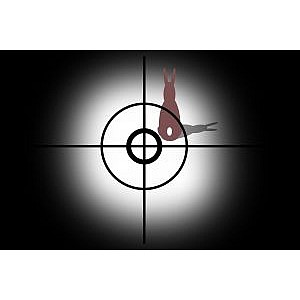 There was much excitement mid-March when the Chinese Premier announced a target for annual GDP growth during 2012 of 7.5%. This was the lowest such annual target ever set and because growth in China’s economy has already slowed from 10.3% over 2010 to 9.2% over 2011 the financial markets took the announcement as a sign that China may be in for a hard landing. Sharemarkets, commodity prices, and the NZ and Australian currencies weakened.

The trouble is that often that which is spoken in China is not interpreted the right way in the West and that is the case here. Our Western interpretation is that a 7.5% growth goal is a stretching target where the risk is that unless things are well planned and events line up fortuitously growth will fall short. But in China the message is the opposite.

The government is seeking to slow growth down to 7.5% and the risk is that activity actually improves more than that. In fact history tells us that never has one of the annual growth targets been undershot. During the period of the 11th Five Year Plan the growth target was 8% on average. The actual outcome was growth which averaged 10.4%. The target for this Five Year Plan is 7%.

Why does the government want to slow growth down? Because indicators of potential social instability are rising in China and whereas in Western democracies popular discontent is generally saved for regular general elections with the occasional protest march or general strike, in China people cannot hope to express their discontent through the ballot box. Protests certainly occur and over 2010 it is estimated there were some 180,000 “mass disturbance” incidents.

We might read this as shocking, but again our Western interpretation would be wrong. In a society where people are increasingly exposed to Western ideas of individuality, expression of discontent, and ability to “make a difference”, having outlets for one’s discontent is important. So demonstrations against obvious wrongs such as corruption, land seizures, village relocations, pollution, lack of access to welfare services, education, health and housing are tolerated. Internet chat is also tolerated – within censorship boundaries which can change daily.

There is however a limit to that which will be tolerated and such a limit was reached in the lead up to June 1989. From 1985 discontent had grown strongly over high inflation – of food in particular – uneven distribution of the benefits of growth from 1978’s commencement of the Reform and Opening Up policy, and in particular students wanted increased freedom to avoid daily callisthenics, choose their own representatives, and have better food.

Under the pretext of continual mourning of the death of a leader popular with the students demonstrations grew until one million people took to the streets of Beijing and there were protests in near 340 other Chinese cities.

The crackdown occurred when it became clear that the protest movement was geographically widespread, stretched across all classes, and had some leadership. In the dual interests of keeping China on a path of economic reform and openness to western capital and growth, plus forestalling a potential challenger to the Communist Party the crackdown occurred.

There is no suggestion that China is once again approaching such a point of widespread, organised, popular rebellion. However conditions which led to 1989’s events are in place. Specifically there is growing discontent amongst the country’s 253 million migrants over their inability to access the health, education, housing and welfare available to city residents. Inflation was high last year at 6.5% and although it has retreated to 3.2% food price inflation remains above 6%. Housing affordability is poor, corruption appears to be as prevalent as ever, worries have soared regarding pollution of the land, air and water, food safety is worrying, and people are feeling more emboldened to protest land seizures by local authorities following events in Wukan.

By slowing down the pace of economic growth the Chinese authorities take pressure off price rises and buy themselves some space in which to boost the supply of affordable housing 36 million in the next five years without causing soaring construction costs. They buy time to reform the relationship between central and local government revenue disbursements so the latter can progressively give residency to migrants and afford the resulting soaring welfare etc. costs.

In a nutshell, by refocusing development efforts away from growth by whatever means (whatever colour the cat for catching the mouse as it were) and toward social goals, pressures which have split China in the past can be reduced. And for the record, these are not just pressures confined to the post-1978 period or even post-1949. China’s dynastic history has been one of periods of unity followed by divide, then unity, then division, in a never ending cycle during which the rulers in place would attempt to prolong their mandate for as long as possible. This was 276 years in the case of the Ming Dynasty and 268 years in the case of the Qing Dynasty which ended in 1911.

The difference is that these days we are not talking about the old “mandate of heaven” by which the Emperor claimed and was believed to be the earthly representative of those in the heavens. The China Communist Party instead claims (among many) the mandates of

-successfully pushing back against the West militarily in the Korean War and calling the bluff of the USSR in the 29 day invasion of Vietnam in 1979,

-spreading the benefits of strong growth

-regaining respect from the West for economic achievements.

Putting aside how the military strength mandate will look in coming years as President Obama explicitly re-engages US forces in the Asia-Pacific region and increasingly wealthy Asian neighbours arm themselves, the growth mandate is not in question. The Western respect mandate will always be in question by design one suspects given the nationalistic value of reminding people about the hundred years of humiliation.

Retaining the mandate of being best able to distribute the benefits of economic growth is probably the strongest existential threat to the CCP. Fighting it has produced many policies such as from 2000 an explicit redirection of investment away from the eastern seaboard toward the central and western provinces. Continuing that fight means buying time for extra spreading of growth’s benefits.

And is growth slowing? Most definitely. Exports in recent months have grown at a 9% annual pace from 26% a year ago, industrial production near 11% from 15%, house prices have fallen 1.6% over a six month period, house sales have plummeted, and vehicle sales are lower than a year ago.

Will growth collapse? That is very unlikely to happen during a year of only the fourth CCP leadership change since the People’s Republic was founded in 1949. Also the easing of inflation provides good scope to ease monetary policy, and China has far lower central and local government indebtedness than Western countries so scope to ease fiscal policy is strong.

But will there be bumps along the way? Most definitely. But with 10 – 15 million people shifting from rural to urban living each year and consuming on average 3.6 times what they spent in the countryside, this natural population shift is a huge buffer against extended economic weakness.