NZ COMPANIES NEED TO FORGE AHEAD WITH RMB PLANS 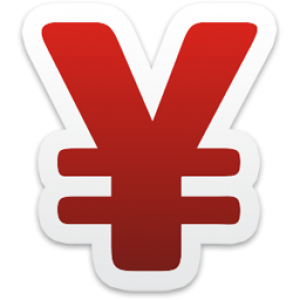 Recent announcements from the People’s Bank of China (PBOC) that it is in the process of upgrading its payments systems to make it easier to clear RMB across its borders, suggests that this is yet another move towards the internationalisation of the Renminbi (RMB), says HSBC.

The PBOC is upgrading CNAPS (China’s National Advanced Payment System) which will make it easier to facilitate both cross border trade and domestic payments within China using RMB and make it more efficient for banks to clear RMB funds. For this reason, New Zealand importers and exporters need to continue advancing their plans to be able to pay or receive RMB as this move suggests that even more trade partners will begin to demand payment in RMB, rather than US dollars, as the year progresses.

Cath Henry, Head of Global Payments and Cash Management, at HSBC New Zealand says: “This is one of the strongest indications we’ve seen for a while that China is forging ahead with plans to internationalise the RMB. New Zealand importers and exporters need to ensure they are geared up for making and receiving international payments using RMB, as we are likely to see more and more trade partners demanding payments in RMB as 2012 progresses.”

“In fact, it appears that there is a surprisingly high level of buy-in for the internationalisation of the RMB in China, with critics of the process very much in the minority. Even with negative developments in the global and domestic macroeconomic environment, there appears to be minimal risk of a roll back of the internationalisation of the RMB – however, this could slow, rather than halt, if the Eurozone situation got much worse,” continues Henry.

This is despite the fact that there have been fading expectations for the RMB’s appreciation – which ended the year at 4.7%, slightly below traders’ expectations of 5%.

Daniel Brdanovic, Head of Institutional Sales - Global Markets, at HSBC New Zealand says: “We still expect the RMB to appreciate in 2012, albeit at a slower pace of around 3%. However, this won’t hurt the internationalisation process. With weaker structural and cyclical forces for RMB appreciation, further currency developments will focus more on currency internationalisation, which we find has garnered broad support in Beijing.”

“We believe the RMB will be a favoured Asian currency to hold in 2012, and even if we expect it to be more volatile, it should be relatively less volatile than other currencies in the region,” concludes Brdanovic.

The Hongkong and Shanghai Banking Corporation Limited is the founding and a principal member of the HSBC Group which serves customers worldwide from around 7,500 offices in over 80 countries and territories in Europe, the Asia-Pacific region, North and Latin America, the Middle East and Africa. With assets of US$2,691 billion at 30 June 2011, HSBC is one of the world’s largest banking and financial services organisations.