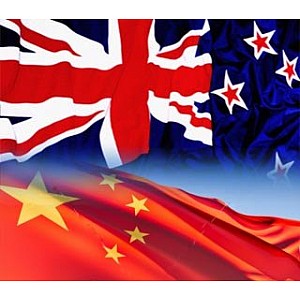 One of the most interesting things about the massive growth in China’s economy over the past three decades is that it has not come about as a result either of a grand 1960s-type communist plan or of a typical western approach. Such a Western approach would involve creating the conditions in which entrepreneurial spirits could flourish such as strong rule of law, property rights, minimal bureaucratic infringements, plus well functioning labour, capital and even housing markets. That is the sort of approach New Zealand took from 1984 when recognition of policy mistakes in the 1970s led to vast deregulation of the economy and eventually a firm lift in productivity and economic growth more generally from the 1990s.

China had already tried to pull itself up by its bootstraps within the confines of the communist model through the disastrous Great Leap Forward and Cultural Revolution periods. Their failures to boost output, the loss of life, and outright destruction of the country’s human capital left the Chinese economy if not society on the verge of collapse in the late-1970s.

The opening up and reform process initiated by Deng Xiaoping in 1978 then pushed anew from 1992 did not involve a grand plan or the creation of a free market environment. Instead China opened its doors to Western capital and expertise, inviting all who wanted to enter to incorporate China’s land and people within their Western supply chains.

The timing for China was very fortuitous because Western companies were shifting from single site production processes to multiple locations for multiple companies supplying parts which eventually would be incorporated to form a complete consumer product such as a car or washing machine. China’s openness and cheap labour immediately qualified it to enter this developing business model and output boomed.

The problem with this process however is that it cannot last because China’s explicit aim has been to raise the incomes and living standards of its people. The cheap labour advantage will and in fact is disappearing. Companies for some years now have been relocating from the increasingly non-cost effective eastern seaboard provinces into central China or to other countries.

To prevent and offset the loss of businesses China has been doing many things. One is to develop infrastructure which other smaller countries with cheap or cheaper labour have not been able to replicate – Vietnam springs to mind. Ability to quickly shift goods is vital in the global supply chain model. Another strategy is to gather one or related industries into single locations in order to ensure a continuing focus on innovation and competitiveness while delivering foreign buyers the ability to quickly design, create and then test market new products.

Another strategy is to reduce reliance on exports by growing the domestic Chinese economy. That is, encourage growth in the consuming class as opposed to simply supplying goods for consumers in other countries. This growth in China’s middle class is attracting huge attention internationally from companies wanting to supply goods and services, thus initiating a new wave of investment not entirely focussed on using China as a key component of the global supply chain.

Another strategy is to encourage Chinese companies to invest offshore, acquiring resources necessary to meet the needs of an increasingly consumerist society, gaining new income flows, and securing technology which can be used in China.

Where does New Zealand fit into all this?

Our role in the earlier phase of China’s development was minor. There was little demand for food and fibre products from surging infrastructure, factory construction and energy developments. But now that consumers are slowly taking over the reins of growth the things we produce are in growing demand. As people’s incomes rise and they can satisfy basic food and shelter requirements spare cash becomes available for discretionary spending. Some goes on travel and we have seen the number of mainland Chinese visiting New Zealand rise to 146,000 in calendar 2011 from near 100,000 over 2009.

But there is more to it than that. To travel people need airports and airports need well functioning cargo and baggage handling systems which is an area in which NZ company Atrax Group NZ Ltd has made good in-roads. Airports need security management systems which is where Gallagher Security has established a good presence. Airports and buildings need modern fire warning and control systems as sold in China by Pertronic Industries Ltd. Airplanes need trained pilots which offers opportunities to the New Zealand firms on an aviation trade mission to China late last year.

Rising disposable incomes encourage greater Chinese domestic tourism and attendance at attractions which is something NZ firm Magic Memories aims to profit from with its tourism photography service.

As people get wealthier they naturally become more discerning in their food choices and in China’s context that means preferring food sourced from non-polluted environments such as offered by New Zealand. Hence massive demand for any quantity of infant formula which NZ can supply, unsatisfied demand for our sheepmeat, and strongly growing interest in health products and quality food products generally. Many New Zealand companies ranging from Fonterra to Comvita to Healtheries of NZ Ltd and Pitango soups are moving to meet this demand growth.

But with 1.3 billion people to feed China will not be able to or even want to source a large proportion of its food from overseas. The bulk will clearly be domestically produced and as people demand better quality and food safety demand is growing for the expertise which New Zealand can bring. That means more than just Fonterra’s three farms and the extensive kiwifruit orchards being developed by NZ company GlobalHort. It also means surging demand for the products and processes which service those types of operations.

Rising income is boosting demand for wine and literally dozens of NZ wineries are now selling into China. The pursuit of better healthcare is opening up opportunities for the likes of Healthcare NZ in training Chinese caregivers and Orion Health’s e-Health software.

Chinese plans to increase direct investment offshore imply increased availability of both debt funding and capital for NZ companies which so often bemoan the undeveloped nature of New Zealand’s capital markets. So far much of the recent money flowing New Zealand’s way has been either from individuals purchasing property, funding into the telecommunication sector, or capital injections into companies experiencing financing stress such as PGG Wrightson, Fisher and Paykel Appliances, and Synlait. Considerable scope exists for more though one suspects that the events surrounding the sale of the Crafar farms will act as a short term disincentive to invest in New Zealand.

Scope for NZ business involvement in not so much the growth as the changing nature (rising wealth and consumerism) of China is huge. All that is needed is enhanced effort to identify, research and exploit such opportunities, and willingness on the part of Kiwi businesspeople to travel to and spend time in China to ensure their ventures run as smoothly as possible and that market changes are quickly identified if not hopefully anticipated.