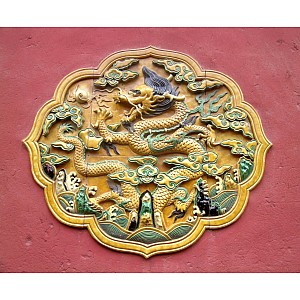 I’ve been spending the past few weeks looking at the economic relationship between New Zealand and China and have one over-arching observation to make. When China is discussed in the New Zealand media it is almost never in the context of how we can manage the relationship in such a way as to boost our growth, wealth and standard of living. In fact, Googling “China” on January 10 and restricting the search to NZ media outlets in the previous week yielded 188 results of which only one mentioned the relationship – and even that amounted to only two lines about a small investment company in a 1,200 word article.

This lack of media interest in the relationship and how to effectively work it is surprising considering that our economic interaction with China has already impacted on the economy’s growth and structure to a tremendous degree since the reform and opening up process started in China in the late-1970s. Here are some of those effects:

These are the impacts so far. There will be many more. For a start the NZ and Chinese governments have agreed to make efforts to double trade between New Zealand and China by 2015. That means a jump in export receipts from $5.8bn in the most recent year to over $11bn If achieved. If exports to other countries grow in the next four years at their average pace for the past four years of 5.5% (versus China’s 20%) then come the end of 2015 China will account for 18.5% of NZ export receipts compared with 12.4% in the year to October 2011 and 5.3% in 2007. That would still just leave China behind Australia at about 21% of export receipts from 23% last year. Extrapolating these trends however would see China pass Australia to become our biggest export destination the following year. It is worth noting that currently some 26% of Australia’s export receipts come from China (mainly iron ore).

The performance of New Zealand’s economy on a year to year basis is going to become more and more influenced by China’s year to year performance, though not dominated by it.

But total exports are only one aspect of the economic relationship between our two countries. Another is the breakdown of those exports. Since the signing of the Free Trade Agreement New Zealand’s exports to China have grown by 120% to reach $6.6bn or 14% of all receipts (data now will include Hong Kong SAR). Over 93% of those receipts come from the primary sector (over half are dairy and wood), and growth in these primary product receipts has been 126%.

Growth in non-primary goods receipts has been 57% which is well away from growth in such receipts of only 5% from the rest of the world. However this apparently quite good growth outside of primary exports is misleading because the non-primary goods category includes something called “NZ Miscellaneous Provisions”. These are things such as the goods brought into NZ by migrants, aid supplies, and military equipment on deployment. If we strip out these miscellaneous items then growth in true non-primary exports to China has been only 9% in the past three years with such goods making up only 4.2% of all exports to China.

There has been practically no growth in non-primary exports to China over the past three years.

Actually we do not know the extent of China’s direct investment in New Zealand as the official data from Statistics New Zealand include a notation of “Confidential”. The Hong Kong total however stood at $895mn in March 2011 out of total inward direct investment of $94bn. Thinking in terms of known Chinese holdings in Synlait, Fisher and Paykel, and PGG Wrightson, one can conclude nothing other than that the level of Chinese FDI in NZ is very low – and well out of line with the export relationship.

With China having an explicit policy of boosting overseas direct investment the challenge for New Zealand is two-fold. First, overcoming traditional disquiet about such investment as shown in reactions to the potential sale of dairy farms to Chinese interests. The concern is considerably out of proportion with the reality when one realises that from 2006 – 2011 the Overseas Investment Office approved freehold land sales of 1.1mn hectares to foreign interests – of which China accounted for 117 hectares and Hong Kong (SAR) 939 hectares.

The second challenge is to explicitly couch the rising availability of Chinese FDI in terms of how New Zealand can most profitably use the funding to boost growth, wealth, and our standard of living. An avenue for facilitating such awareness may be to point out two things. First, that without capital injections to the three companies noted above their ability to exploit opportunities in China would be constrained. Second, FDI is a two way flow and enhanced highlighting of the way in which some NZ companies such as Fonterra, GlobalHort and Ground Loading Trailers Ltd are growing on the back of their investment in China and providing business for other NZ companies could start to turn thinking around toward realisation that the investment flows are reciprocal and beneficial both ways.

There are many other ways in which the relationship is growing and deepening, not least the rising Chinese population in New Zealand since 1986, increasing availability of Chinese debt funding in NZ, education and research linkages, and services trade such as consultancies and training not included in the exports data noted above. In this column over the coming year I intend looking at these various aspects of the relationship with a view toward raising Kiwi awareness of the need to consciously think in terms of how our economy can benefit from China’s growth.
By Tony Alexander, BNZ Chief Economist