<< NZ-China Relationship - How Far We've Come NZCTA: The value of a contrarian perspective >> 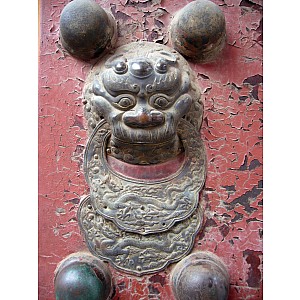 Deng Xiaoping, architect of China’s market reforms, told cadres of the Central Committee of the Communist Party of China on 16 January, 1980: “The role we play in international affairs is determined by the extent of our economic growth”.

The remarks are especially apt in the light of the current global debt crisis, the plight of the U.S. economy and the ramifications that both have for future international relationships.

But they also have particular relevance to New Zealand because the strength of the Chinese economy has been significant to the ability of both the New Zealand and Australian economies to weather the recession better than most members of the OECD. From a Wellington perspective the spin-off to Australia is almost as important as the direct value of China trade to New Zealand because economic woes across the Tasman frequently translate rapidly into problems here.

That China should be in such a position relative to the down under economies would come as no surprise to the early China trade pioneers who 30 years ago established the New Zealand-China Trade Association to foster growth in goods and services between the two countries.

Auckland’s China trade pathfinder, the late Victor Percival, declared in the 1960s: “When Britain joins the European Union we will have to find new markets for our traditional export trade in farm products and China will eventually provide them”.

Today New Zealand exports more to China in six hours than it did in the year before it established diplomatic relations with Beijing in 1972. Last week the NBR headlined “New Zealand too dependent on China Trade”.

China is now New Zealand’s second largest trading partner. Exports there in the 12 months to August this year amounted in value to $5.7 billion – up around 40 percent on the previous 12 month period. Imports are running at about $7.1 billion a year and the annual percentage increase is in excess of 15 percent. Trade authorities consider that China will overtake Australia within the next year as New Zealand’s largest import market. When the NZCTA was formed two-way trade was barely existent.

“Growth in two-way trade has been phenomenal over the past decade,” says Stuart Ferguson, Chairman of the NZCTA.

“It was the early stalwarts who got the NZCTA off the ground in 1981 and set the scene for this trading relationship, Ron Howell, an Auckland entrepreneur who was to become the first President, went along as a close adviser to the leader of New Zealand’s first trade mission to China led by Labour trade Minister Joe Walding in 1973.

“There were people in the banking world who became heavily involved – Dave Oram, of BNZ, Graeme Hargreaves of Westpac and Don Roberts, of the National Bank. Stan Stansworth of the Import-Export Corporation was another. Major corporate input was quite strong. The banking networks these people established were very useful to our business community, especially in the early years before there was full acceptance at a political level in China that it was okay ‘to be rich”, as proclaimed by Deng. Letters of credit were a normal means of doing business and personal credibility with an official in charge at the Chinese end was essential to getting transactions to flow smoothly.

Don Roberts recalls his surprise in 1994 when he was invited by a contact in Beijing, the Oceania representative for the Bank of China, to visit with him at his home. “His wife cooked us a meal on a gas cooker in the corridor outside his small one room flat that had no toilet and no washing facilities, as well as no door – simply the plastic strapping that we might use in New Zealand to keep insects out of a room. The meal was delicious. But there were certainly no trappings of influence or wealth on display.”

Roberts was, however, to get on another visit the zeal for learning English prevalent in Chinese commerce. Invited to speak at a gathering of young aspiring Chinese bankers he listened to the manager tell the students that Roberts would speak in English and there would be no translation. “He told them that if they wanted to be bankers they had to learn English and if they could not understand my remarks they must study English even harder.”

Oram says the CTA got a lot of support from the China side in its early days but never very much from the New Zealand government, although foreign ministry staff were always helpful.

“But we did find that trade missions we sent up proved invaluable to contact making and familiarisation with potential business partners. Officials in China could see we were serious about doing business with them.”

Percival, Ferguson, Oram and Stansworth were all made honorary members of the China Council for the Promotion of International Trade (CCPIT)

A former Ambassador to Beijing, Lindsay Watt, says he believes the personalities of the small business New Zealand traders of the pioneering days of New Zealand’s trade with China were appropriate to the conditions in China at the time.

“They needed to be self sufficient and resourceful, as people like Percival and John Patterson, of PGG Wrightson, were. But as the trade has developed in recent years it is frequently less for the smaller players and more for the larger companies.”

In its early years the NZCTA had little local Chinese membership and as it evolved it was smaller New Zealand SME’s who made up the bulk of membership – “the bigger players tended to want to hold off and do it alone,” says Watt.

Now the NZCTA has some 200 members, ranging from major corporates to sole trader enterprises and a growing membership within the country’s Chinese business community. Active branches exist in Wellington, Hawke’s Bay, the South Island and Waikato-Bay of Plenty.

Stuart Ferguson says he considers the NZCTA biggest achievement to be its encouragement of bi-lateral contact, building on the pioneering work of Percival, Howell and Patterson. “Working with the Embassy in Beijing we’ve opened doors for our own people and other Kiwi companies to walk through. The knowledge we accumulated was of benefit to senior political figures like Walding, Muldoon and Bolger who would consult us on major developments in China – for example, the likely trend of events after the death of Mao and the Tiananmen Square incident,

“Thirty years on it is a considerable source of satisfaction for we early birds in the market to see the strength that has developed in the trade ties between the two countries.”

The New Zealand China Trade Association celebrates this month the 30th anniversary of its founding. Bruce Kohn, a former foreign correspondent who travelled extensively in China in the late 1970’s and early 1980’s, interviewed some of the “Old China Hands” who will celebrate the milestone.