<< NZCTA: The value of a contrarian perspective Overseas buyers a blessing to struggling farms >> 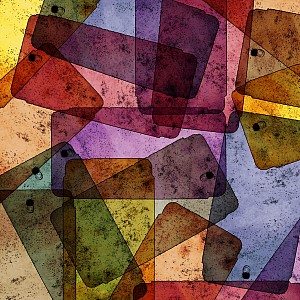 The Rabbit is said to bring a year somewhat more tranquil than its predecessor, the Tiger, where you can “catch your breath and calm your nerves”.

It’s a good year to conduct negotiations and public servants and leaders can look to the Rabbit, whose “soft speech and graceful and nimble ways embody all the desirable traits of a successful diplomat or seasoned politician”.

In fact the year of the Tiger in world terms wasn’t altogether such a tumultuous year. We entered it hoping the early signs of economic recovery would sustain and growth levels would increase. We hoped in particular China could sustain its levels of GDP growth, because much of our prosperity hinged on that.

We now enter the year of the Rabbit maybe a little concerned about inflation in China and what impact that might have on its approach to world trade.

This isn’t an economic commentary but the point is that we and most of the western world have a huge stake in the health of the China economy and its ability to grow.

We must also hope that USA and China can understand each other better. President Hu Jintao copped an earful on his recent visit to the States. But this said more about American paranoia and self interest than anything else.

In an excellent article in China Business Network, American editor, Janet Carmosky tried to add a dose of rationality, which she summarised by writing “my best summary of the real attitude of China on the question of wanting to take over the USA: We “Don’t want to, don’t need to, kinda busy, and respect and need the USA way too much.”

Interestingly, in a year when New Zealand received a formal visit from Vice President (and President elect) Xi Jinping and the robust relationship with China reached new heights, US politicians and diplomats have made efforts to ascertain just why and how we sustain such an equable relationship.

Of course, we have neither the scale nor influence of USA and we make a neat little test market for all sorts of things, so in some ways we’re a satisfying little niche, albeit punching above our weight in many world forums.

So both Chinese and American politicians and their diplomats might well aspire to some of the qualities of the Rabbit.

But if the year is supposed to one where you “catch your breath and calm your nerves” there is no prospect of that for NZCTA . The Rabbit promises another year of activity and progress in many directions.

The culmination is the evening of Thursday 12 May, when we hold the 2011 version of the Cathay Pacific China Trade Awards. Planning has commenced and we’re delighted that with generous support from the Langham Hotel, whose group is rapidly expanding in China, we can hold our signature and prestigious event in the magnificent Great Room.

We received a hugely positive signal of the significance of the Awards evenings, when all of the 2009 sponsors came back on board – Cathay Pacific, HSBC, Mondiale, Cosco NZ, Ports of Auckland and our friends at the Hong Kong NZ Business Association. In addition to the Langham, Fine Wine Delivery Company is a new sponsor and we can expect to be served some very fine wines in Auckland’s best major event location.

Watch out for an awards website to keep you up to date and notices in our newsletter NZCTA Now.

If you’ve done well or done better or have had a successful start or even if you’ve gone awry first time and are having another improved shot at it with and/or in China, you could be in line for an award. It doesn’t take long to apply, watch out for a notice with application details. And put 12 May in your diary for a superb evening celebrating success.

<< Commentary  < NZCTA: The value of a contrarian perspective | Overseas buyers a blessing to struggling farms >