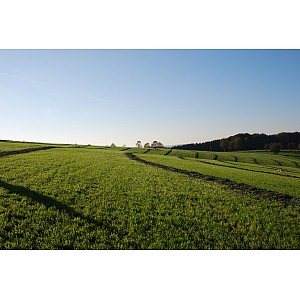 Contrary to public opinion, there is no queue of foreigners to buy farmland in New Zealand. Many farm owners have been seeking capital to pay down debt, expand or exit.

Some have been trying for more than a year, such as the Crafar farms in receivership, Graeme Hart's dairy farms and others less well known.

Investment has been sought in Australia, Asia, Europe and the United States but the returns are financially unattractive.

In Australia there has been a plague of failed farm businesses and Australian capital won't buy farms here. US institutions want returns exceeding 20 per cent.

The US private equity firm, KKR, has invested in Chinese agriculture and there have been recent Hong Kong bond issues for US$150 million and US$200 million ($201 million and $268 million) specifically for investment in Chinese farms. Investors prefer Chinese farming to ours.

After the horrific melamine scandal, in which Fonterra was involved, you can understand the desire of Chinese baby food producers to ensure the safety of raw material by wanting more control over the dairy supply chain.

They prefer not to invest in our farmland but rather in processing, where options are limited in New Zealand.

Once upon a time "Queen Street farmers" were the boogie man - now it is "foreigners", whoever they are.

What is the difference between a Christchurch person owning Waikato farmland and a Sydney person? Is it okay for a New Zealander to have shares in a company owning land in Uruguay?

There are no obvious reasons for a law requiring foreigners to get government consent to buying farmland.

There are no common international laws in this field because they are driven by emotion and xenophobia. In China, the rules controlling foreign investment are more sophisticated than ours with four categories: encouraged; permitted; restricted and forbidden to foreigners.

These depend on the industry, size, location and other factors. There are different levels of approval, tax treatment, capital requirements, legal vehicles and sometimes mandatory local participation. As well, Chinese companies and even individuals may not invest outside China without obtaining Chinese Government approval. The controls on outbound Chinese investment are far more complicated than their controls on inbound investment.

In Australia there are hardly any restrictions on foreign ownership of farmland.

Most farmland in New Zealand is in the financial control of overseas bankers, who are keen to deleverage. Debt is faster-moving money than equity capital. Debt providers can require shareholders to refinance, put more capital in or sell the farm.

The benefit to us of foreign equity rather than debt is that equity is harder to move and takes the most risk. In a cyclical industry such as farming, we need sticky capital. An overseas investor is also more likely to import its own product.

Overseas owners do not take the land away. They spend money on development. Often the purchase is whimsical and they sell it again.

There are well-known beneficial land investments such as the Hotel de Vin and vineyard owned by Japanese during the 1990s, Arab-owned sheep farms, the magnificent US-financed golf courses and overseas owned wineries. I don't know of any harmful ones.

Foreign investors generally add value to land since they have capital.

They are able to make the decision to sell when they are losing money or lose interest while some locally owned properties deteriorate from lack of capital or commercial decision-making capability.

The spin-doctored phrase "tenants in our own country" is nonsense. Most of our farmland is ultimately controlled by foreign banks. Corporate farm ownership, contracted orchard management and share milking are widespread.

State-owned Landcorp is a huge land manager; Dairy Holdings, valued at more than $300 million, is 24 per cent foreign-owned and one-third is now controlled by the Government. There are many large "landlord" farmers in New Zealand, including Maori entities such as Taranaki Incorporation, which has more than 22,000ha. Well-operated farms become so valuable they are beyond the financial means of career farmers, who may be better off employed as specialist managers.

Perhaps one-third of New Zealand owner-operator dairy farmers are struggling. There are many vineyards for sale and orchardists that are undercapitalised.

Apart from the Superfund, there is little money available here to provide capital or a reasonable market for the sale of good farm businesses.

They are too small for stock market listing, too big for individual investment and returns on investment are too low compared with other opportunities and too illiquid/risky for retirees.

The aggregation taking place demonstrates that there is no economic magic in "the family farm". There is value in corporate farming and vertical integration. Generally, farmers are price-takers from processors and supermarkets, which work on a cost-plus basis while the farmer has to take what he is given. Vertical integration and scale give the farmer more control. If you have all the gold kiwifruit, you can dictate somewhat to the two supermarket chains. If you have a lot of sheep you can get a better price from the abattoir, which will pay more for a guaranteed large supply.

With capital (let's get the cheapest) and scale, you can build an integrated team that includes research and development, logistics, IT, marketing and finance functions. This is more powerful than a family farm. Our children are learning specialist skills at university - let's find work for them here in large farming businesses.

It is sensible to have a discretionary approval process over large-scale foreign purchases or aggregation of farmland but the threshold for government intervention should have been set much higher. Our farmland needs no special protection from overseas ownership. Capital investment adds value and we should encourage it, not restrict the flow unnecessarily.

Richard Fyers is a commercial lawyer, director of an Australasian fresh produce company and vice-chairman of the NZ China Trade Association.

This article first appeared in the NZ Herald (7 October 2010).