NZCTA: Opening Up Elements of a China Strategy

<< Overseas buyers a blessing to struggling farms A China Strategy - Beyond Cows and Trees? >> 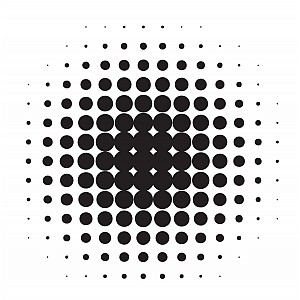 In its most recent publication, “A Goal is not a Strategy”, the NZ Institute scolds the lack of strategy to accompany our current heady goal to match Australia’s per capita GDP by 2025.

In fact, we seem to recall that former Opposition Leader and career strategist, Don Brash actually did come up with a strategy to catch up with our Transtasman neighbour, but which very quickly got swept under the carpet as politically unsustainable.

But it appears that the Prime Minister agrees you need more than just a goal, as this transcript of his TV interview in China seems to show:

INTERVIEWER: So what are you going to do about the fact that we have by your own admission, a woeful level of tuition in Mandarin and Cantonese and Chinese languages in New Zealand schools? Are you going to make it compulsory to learn Chinese?

PM: I don’t think we’ll make it compulsory, but I do think we should start talking much more actively about thinking about what are the skills that we will need.

Is an involvement of Chinese or other Asian culture and language training in schools also politically unsustainable? Whether it is or not is probably secondary to some of the practical issues.

Asia NZ Foundation has a laudable project, supported by the business sector, to increase the level of Asian awareness in our education system.

It brought together representatives of both in a lively, inter-active workshop, where both parties tried to understand each other’s perspective but probably in the event narrowly failed.

The message from principals was don’t even think about promoting Asian programmes in secondary schools until the subject gets accreditation. The Foundation’s target might well have been NZQA or primary schools rather than secondary schools (even though many are robustly recruiting students in Asia).

Then, would “investment” , that is Chinese investment in New Zealand, be an important component of a China Strategy?

The FTA encourages mutual investment and the New Zealand economy cries out for investors. Currently investment from China is way down the league table of FDI in New Zealand.

So is investment from China (or anywhere else) in the pastoral sector politically sustainable? And exactly what is regarded as a “strategic asset”?

Is the increasingly ready availability of expertise from the Chinese ethnic business community in New Zealand a “strength / opportunity” in our SWOT analysis? Surely it is, so the consideration here is more a “how” – the action plan rather than the strategic consideration.

Our deficit of skilled labour availability is ongoing (except arguably in recessionary times).

China has resources it can offer to plug gaps. Another difficult strategic path to go down maybe but surely a component part.

A natural component part of a China strategy would concentrate on trade promotion and assisting particularly the niche products and services, which are likely to be attractive in China. Whilst new posts have been opened in China in the past 12 months, we still fall well short of the Australian presence and level of resource in China. That surely is politically achievable!

Do we actually need a China strategy? After all , businesses engaging in China are ultimately going to be maximising their own interests and returns and making their own strategic decisions on what resource, investment and commitment they apply to their engagement in the market.

But a China Strategy has to encompass much more than trade levels and export promotion. And as the Prime Minister and the NZ Institute aver, much more than setting an ambitious trade goal.

Both the growing proportion of our population which is ethnically Chinese (Asians in NZ population are predicted to reach 16% of our total population by 2026) and the rapidly increasing influence of China on the World stage dictate that we should confront the broader issues comprehensively and frankly.

But to be sustainable, we probably have to raise our level of strategic thinking above our “nostalgia for a closed society”.

<< Commentary  < Overseas buyers a blessing to struggling farms | A China Strategy - Beyond Cows and Trees? >