<< A China Strategy - Beyond Cows and Trees? NZCTA: Reaping the rewards >> 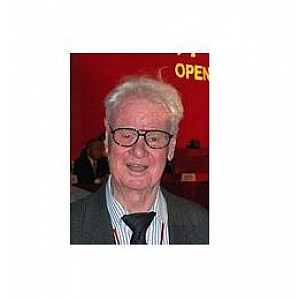 It’s our sad task to advise the death of NZCTA Honorary Lifetime Member and former Chairman, Vic Percival on 24 July at his home at the age of 82.

We repeat and update the tribute we made to Vic after he had been awarded his ONZM:

Victor Percival recognised the need to re-align our trading partnerships and therefore the potential of China before the signing of the Treaty of Rome in 1957, some time before UK joined the EU and it's fair to say somewhat ahead of politicians in the late fifties.

He therefore forged relationships in China despite lukewarm support from Government and Government agencies.

Doing business with and in China was difficult and travel was arduous, often by train and with only the most basic accommodation facilities available.

Percival, or Pan Xi Fu (Western Bhudda) as the Chinese named him, was amongst the first “foreigners” to attend the Canton Trade Fair in 1957 and was only “foreigner” attending that fair still alive to attend the 100th Canton Fair in October 2006.

For this he was recognised with an award from Premier Wen (of which more below). In between he attended at least fifty trade fairs.

Through his friendship with Rewi Alley, Vic became a lifetime Trustee of the Rewi Alley Trust. And with Alley and Kathleen Hall, he is one of only three New Zealanders included in the prestigious list of Special Friends of China.

He has been honoured many times in China including Honorary Membership of the China Council for the Promotion of International Trade and at that organisation's 50th Anniversary he was singled out against 200 Foreign Dignatories to be seated beside the Chinese Premier.

Vic was a founding member of the New Zealand China Trade Association in 1981, has twice been Chair and finally Honorary Lifetime Member.

This was not a sinecure, he remained an active member of the Executive and because he was so well known throughout China was often the first point of contact for visiting delegations, organising programmes and making contacts.

Vic was still transacting business with China and, as mentioned and despite his years, still occasionally travelled there. Notably, he accompanied the official NZCTA led Delegation (“official” in that it was supported by the Chinese Embassy and facilitated by Government agencies in Guanzhou) to the 100th Canton Fair in October 2006.

He played an invaluable role as mentor and guide to many delegates on their first China experience but more importantly played a major role in the official proceedings.

As the sole “foreigner” still alive who attended the first Canton Fair, he not only received an award from Premier Wen but was the only non-Chinese speaker at the Grand Opening Ceremony, addressing the Premier, dignatories, an audience of 5000 at the event and an audience of many millions on live TV.

In his irrepressible way and to the alarm of the interpreter, Vic also deviated from the approved speech to promote the new Air New Zealand service to Shanghai. Premier Wen made a point of singling him out and speaking to him, although the protocol was not to indulge in any informal variances to the programme. For the NZ witnesses to this event, it was breathtaking, awe-inspiring and made them very proud to be New Zealanders.

Vic was truly a pioneer in opening a market which was then at best unfashionable but which is now crucial as evidenced by the current FTA agreement.

His experience and wisdom was passed on through his readiness to offer advice, mentoring and asistance to Government officials and China Traders alike.

His biography was published two years ago, and apart from being thoroughly entertaining, it has become an essential history and guide for future China hands.

In the 2008 New Year's honours list notable for the scarcity of recognition of business people, Vic Percival was awarded a well merited and overdue Officer of the Order of New Zealand Merit (ONZM).

His last formal appearance was only last month when he sat at the top table at the luncheon for China Vice President Xi Jinping.

He was the confidante of prime ministers and ambassadors. When New Zealand in 2008 signed the world’s first country-to-country Free Trade Agreement with China, and other nations lined up to secure such an arrangement, it was Victor Percival whom New Zealand Prime Minister Helen Clark termed: “The man who started it all”.

<< Commentary  < A China Strategy - Beyond Cows and Trees? | NZCTA: Reaping the rewards >