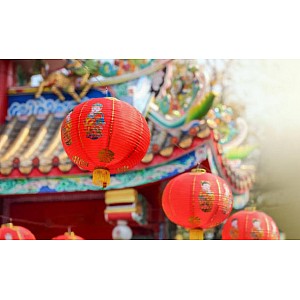 These days, we’re seeing a fair amount of scaremongering around China’s new tax reforms, which came into play on December 31 2018. But what actually are the regulations, and how are they likely to impact your business? Gabriel Walker presents a guide to China's e-commerce law changes.

For many years, plenty of Western businesses have been reliant on daigou, or ‘grey channels’, to get their products into China. Even though Kiwis are used to things being black and white legally, this sits somewhere in the middle – not exactly illegal, but not exactly right either. However, China has often ignored them, given the benefit that they tend to bring the economy.

Now, however, China is laying down the law with new cross border e-commerce (CBEC) regulations which will allow them greater control over these import channels, enabling them to stop some and tax others.

Essentially, instead of being able to sell your product to a Chinese national, who will then bring in your product as personal goods, all CBEC retail goods from foreign companies (so basically everything) will have to be registered with the CFDA (China Food and Drug Administration).

Foreign companies will continue to be able to sell directly via their own online shops – but to do that you’ll need a Chinese address, be a registered business and ICP (Internet Content Provider), and have the legal ability to market yourself to the Chinese market.

The official reason for a new e-commerce law is that China’s government is worried about lower quality or even dangerous health products, skincare and consumables getting across the border. Makes sense – every other major economy in the world has pretty stringent rules, with Europe banning certain chemicals in cosmetics, and Japan holding food safety as its most important issue regarding consumables.

While this is likely part of the reason, I suspect it’s more of an economic call than anything else. Consider this: If daigou are unregulated, how many billions of dollars in tax are China missing out on?

But if that’s the case, why has it taken so long?

In a nutshell – daigou are good for the Chinese economy. Each year they bring billions into the economy, as daigou usually make more off the product than the company who made them originally. The Chinese government has to balance benefiting the economy and having more control over what’s coming in and out (and where the profits go).

Why would a business use daigou in the first place?

For a long time, daigou have really been the only way for a Kiwi business (and other businesses across the world) to break into China. Building a brand in China is HARD. To use their search channels, social media, e-commerce platforms, and other marketing channels, you need an ICP (Internet Content Provider) licence, a national ID, and a local address, not to mention the countless other hoops there are to jump through, like utilising Chinese payment methods. This can take a long time, and cost you plenty – without any guarantee of success out the other end.

So it’s understandable that businesses would pay more and take these risks to get immediate access to such a huge market. However, these channels can have some pretty big downsides.

Should I be worried about the new tax reforms?

If we take the new tax reforms as written, yes. If you use daigou to get your products into China, things could change dramatically for you. But we don’t know yet exactly how it will be rolled out.

So what are a couple of ways that these new regulations could be enacted?

If China does decide to make grey channels live up to the same requirements as official channels, it could mean no more imports literally overnight which will affect countries across the world. There is a trillion dollar industry reliant on grey channels that could be completely cut off from China straight away.

Luckily, tax reforms normally take time. When you’ve got as many places to enter the country as China does, it could take even longer. I suspect that we’re likely to see screening points at major ports introduced, with random checks to begin or a big crackdown on the first few days. Later, we’ll probably see ports across China trained to prevent this kind of importing. Although this might not have an immediate impact, be warned that it might end up costing you significantly if you do get caught!

For me, the craziest part about the new regulations is that we just don’t know what impact they could have. Here in New Zealand (and I would imagine in several other Western countries), we actually don’t have any clue how much of our GDP is reliant on importing to China through grey channels (spoiler alert: basically all our trade with China is through this way).

Statistics NZ talks about our GDP in terms of the production approach (the total value of goods and services produced here minus the costs) as well as the expenditure approach (the final purchase of goods and services – including exports and excluding imports). While the production approach might be giving us an accurate view of overall New Zealand GDP, we have to look to the expenditure approach to see the impact that a country like China has on us.

The problem? While GDP is capturing everything exported via official channels, daigou aren’t exactly what I would call official. If these exports aren’t being declared, do we know how much of an impact China has on our economy? It could be far more than we think.

So is New Zealand screwed?

Normally, our tiny size and distance from everyone else protects us from many of the biggest issues facing the world. That’s how we avoid wars, the worst of GFCs, and hopefully nuclear fallout should the world come to that.

Unfortunately, when it comes to China’s new regulations, our small size might not be such a positive. If China wanted to implement new regulations in stages, starting with New Zealand would make sense. We’re small enough to not lose them too much money, but are Western and developed enough to be an example of what other nations could face if their businesses continue using daigou. Cutting off New Zealand’s access to daigou wouldn’t hurt China, but it would definitely scare the hell out of other, bigger Western countries.

Getting legal: Ways to actually succeed in China

Luckily, it’s not all bad news – there are still ways to break into the Chinese market (or re-break into it after using daigou). There are pretty much three other ways to go about getting into the market:

1. Get a licence and market your own business (possible but difficult).
2. Find a trusted Chinese partner to enter into a joint venture (good option if you can find a trusted partner).
3. Make the most of existing shared ecosystems representing NZ brands, such as Silk Cloud.

Get an in-depth look at each of these options, along with some examples of businesses who have succeeded in China, and further background of the CBEC laws, here.

Looking to the future

China has always looked out for its own businesses first, which can make it hard for Kiwi businesses to both get a foot in the door and then succeed against domestic Chinese companies.

However, expanding your business into the biggest market in the world is an enormous opportunity – even with the new cross border e-commerce laws coming in. Put in the effort to take the right approach, tap into a network of people who understand and work in the Chinese market, and you’ve you’re likely to gain long-term growth in China.

About the author: Gabriel Walker is a US native with a unique perspective of both Western and Chinese markets. After time in the US military, Gabriel spent many years doing business in China and across the world, before moving to New Zealand to raise his Kiwi kids. Seeing an opportunity, he decided to combine his experience of both markets by founding Silk Cloud, a shared ecosystem that puts control back in the hands of Kiwi businesses while enabling them to get their brand in front of the Chinese market. Since then, he’s brought together Silk Cloud with ROCKETSHP, ROI-obsessed digital marketers, to help Western businesses break into and successfully market themselves in the Chinese market.

This article was published by Exporter Today.