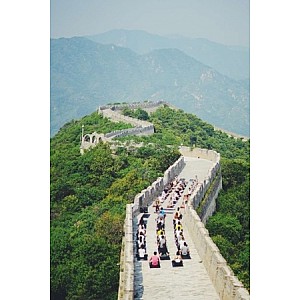 Chinese New Year is undoubtedly one of the most important (if not the most important) time of the year for brands and businesses targeting the Chinese market. It is a time where Chinese consumers spend big, indulging in new clothes, new appliances and furnishings for the home, gifts for and meals with friends and family, and trips to visit family in their hometowns, as well as for leisure. This year, Chinese consumers spent 926 billion yuan ($146 billion) shopping and in restaurants during the Lunar New Year holidays – 10% more than during last year's holiday season, according to the Ministry of Commerce.

This type of spending extends beyond the border of China too, with many international cities home to large Chinese communities, and welcoming lots of Chinese tourists as well. Sydney, for example, boasts one of the biggest Chinese New Year celebrations outside of China, drawing crowds of around 600,000 people.

While traditions and family are still at the heart of this holiday, nowadays Chinese New Year also reflects consumers’ modern sensibilities, with an increasing focus on self-gifting, leisure travelling, health and wellness, and sustainability.

Here are 4 key consumer trends marketers need to be aware of in order to truly capitalise on Chinese New Year 2019.

1. Wellness and sustainability are becoming priorities for consumers
Chinese consumers are becoming more mindful of health and wellness, and this is particularly true of a younger demographic sometimes referred to as “xiao qinxing” or XQX, which literally translates to “small and fresh”. This is a demographic that favours light, clean and simple aesthetics, and focuses on self-development, and, as a result, health and wellness trends are sweeping the nation.

Yoga, for example, is becoming an increasingly popular pastime, with Yoga International calling China the ‘new yoga superpower’. According to them, around 10 million Chinese now practise yoga regularly (compared to about 16 million Americans).

Lululemon also released a collection of sportswear featuring rich, red floral artwork, including flowers such as magnolias and lily blossoms, which are traditionally used to symbolise growth and rebirth during this time of year. The strategy appears to be paying off, with Lululemon CEO Laurent Potdevin announcing earlier in June that its stores in China were currently exceeding all store metrics and were set to bring in US$1,600 in annual sales per square foot.

Chinese consumers are also becoming more environmentally conscious, and making more sustainable choices as a result. According to a report by JD.com, Chinese consumers are both demanding and buying more green products than ever before, with the total volume of green purchases on the platform increasing by 71% in 2017, compared to the previous year. The younger generation are also playing a key role in this trend, with millennials aged 26–35 accounting for more than half (51.8%) of this volume.

2. Chinese consumers favour mobile apps
China is far and away a mobile-first economy, with around half of the population accessing the internet on a mobile device. And it appears these consumers are looking for a more seamless experience, with data from Criteo indicating that the biggest sales uplift in the weeks prior to Chinese New Year 2018 were seen in mobile apps, which showed a 56% increase, far outstripping the sales increase seen on mobile web (23%).

This is a particularly important consideration for those in e-commerce – especially considering China is the biggest e-commerce market in the world, with more than 40% of the world’s e-commerce transactions taking place in China. Cross-border e-commerce is also becoming a huge trend: in 2016, the market size of cross-border retail e-commerce sales in China was $78.5 billion, and this figure is expected to exceed $140 billion by 2021.

Any business that is serious about tapping into this fast-growing market during the festive season needs to consider the type of mobile experience they provide to their customers, ensuring it is as smooth and intuitive as possible.

3. Chinese consumers are travelling more, and further, than ever before
Chinese travellers again broke records during Chinese New Year 2018, making around 286 million domestic trips during the holiday period (an increase of 12.1% on the previous year). Tourism revenue also grew by 12.6% to reach 475 billion yuan (A$94.5 billion).

Most people travelling during the festive season are returning to their hometowns to visit family. In 2018, however, we saw more Chinese travellers opting to go on leisure trips, with around 6.5 million overseas trips made during the same period (an increase of 5% on the previous year).

While once this would have been considered taboo, a growing wanderlust among Chinese millennials coupled with increasing incomes has meant Chinese travellers are more eager to take advantage of the relatively long amounts of annual leave granted during this period to explore new places. (While all enjoy a full week of public holiday, many also save their annual leave for this time, typically taking up to 15 days off in total.)

Not that family isn’t still important – according to one survey, 90% of people who travelled abroad went with family or friends, in a party of four people on average.

These travellers represents a big opportunity, not just for those in the travel industry hoping to attract such travellers, but also for retailers wishing to target tourists. Brands, for example, could create special-edition Chinese New Year ‘travel-size’ gift packs for people to present to their elder relatives during or after such trips.

4. Chinese New Year campaigns are becoming longer
Chinese consumers no longer seem to be waiting for their hongbao (red packet) money to spend big, with data showing that Chinese New Year shopping sprees are beginning 2–3 weeks before the actual festival. Marketers, therefore, should consider starting their marketing campaigns at least 3–4 weeks before Chinese New Year 2019, if not sooner. (Travel companies, on the other hand, will want to start CNY campaigns around 2–3 months prior.)

Much of this money is put towards food, travel and gifts; this year, however, also saw high-tech consumer goods (such as robot vacuums) get a boost. Fashion also remains a highly popular category, as Chinese consumers traditionally wear new clothes during the holiday to symbolise a new start and fresh hopes for the new year.

Brands have already started taking advantage of this earlier spending, with Nike, for example, launching its Kyrie 4 'Chinese New Year' range in January 2018, one month before Chinese New Year.

Post-Chinese New Year spending is also seeing gains, as young Chinese look to spend their lucky money, rather than save it, as their predecessors once did. This give retailers another 3–4 weeks after the Chinese New Year to further optimise sales.

By keeping on top of Chinese consumer trends, brands can ensure they stay relevant and maximise opportunities for sales during this highly lucrative time of year.

This article was originally published Sinorbis.
By Nicolas Chu, Sinorbis