New Zealand to resume exports of casings to China

<< China’s ‘One Window, One Form’ to Streamline Foreign Business Registration CHINA – Why? What? How can I play my part? >> 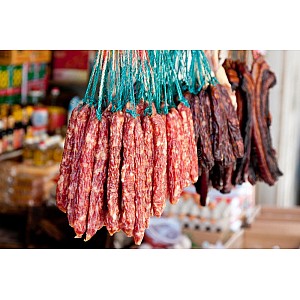 New Zealand’s exports in semi-processed casings are set to resume in the next few weeks following successful talks between New Zealand and China, Agriculture Minister Damien O’Connor announced on 8 November.

“The Ministry for Primary Industries and Chinese authorities have successfully completed talks to enable exports of semi-processed natural casings from New Zealand to China to resume.

“In 2013, New Zealand voluntarily suspended exports in semi-processed casings in response to discussions with Chinese authorities about the processing steps for these casings.

"New Zealand was able to provide information to Chinese authorities and work with them on revised certification requirements to enable trade to resume next month,” says Mr O’Connor.

“International trade is built on good working relationships between countries and I’m pleased that trade in semi-processed casings will resume soon.

“Natural casings from New Zealand have traditionally been in high demand in China.

“China will be a significant market for our semi-processed casings, with exports expected to exceed $100 million.

<< Trade Advice  < China’s ‘One Window, One Form’ to Streamline Foreign Business Registration | CHINA – Why? What? How can I play my part? >