Is China on your digital innovation radar 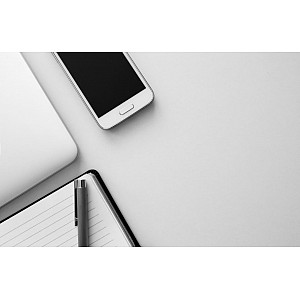 When you think of China, do you immediately think of digital innovation? Or do you only think of a giant economy pumping out low-cost goods?

In the West, we’re often still guilty of ‘lagged thinking’ about China. Our view of China today is influenced by the images we have about China from 5 or 10 years ago. This lagged view is obvious when meeting people who are visiting China for the first time. No matter what they’ve read or seen on television, the China they experience is always more advanced and overwhelming than they expected. For people who visit the country often, it’s still difficult to really understand how fast things continue to change. Even as someone who’s lived here for most of the past 15 years, I’m still frequently surprised at the scale and pace of development.

Given how rapidly China has changed and modernized, it’s not surprising that we struggle to keep up. However, one area where New Zealand businesses do need to pay more attention is in the digital world.

Historically, the tech sector and other leading businesses have focused their attention on Silicon Valley to understand the latest innovations – but a not-so-quiet innovation revolution has been happening in China. I was reminded of this revolution when reading a recent McKinsey discussion paper, "China’s digital economy: A leading global force", and it’s important to consider some of the key points they make.

Similar to my experiences, the paper starts with the line:
“China is already more digitized than many observers appreciate and has the potential to set the world’s digital frontier in coming decades.”

The paper goes on to make the following points about the current state of affairs in China:
•    China is in the top three in the world for venture-capital investment in virtual reality, autonomous vehicles, 3-D printing, robotics, drones and artificial intelligence.
•    China accounts for more than 40% of worldwide e-commerce transactions (and we know that in 2016 online transactions for physical goods in China was nearly 13% of retail volume).
•    Mobile payment transaction value in China is 11 times more than it is in the U.S.
•    China ‘unicorns’ (start-ups valued at over USD$1 billion) command 43% of the global value of such companies.

Other examples of how digital is rocking the Chinese economy include the fact that there are over 500 million online gamers in China and so far in 2017, they’ve already spent over NZD$20 billion on virtual equipment, game upgrades and game hours. In the food service sector, just one of the leading meal delivery companies, Meituan, delivers nearly 12 million orders per day.

This data should be enough to shake any lethargy out of our thinking about digital China but the thing that really struck me about the McKinsey paper was their proposition that “…there is far larger upside potential for digital in China…”.

McKinsey believe continuing digitization will be driven not just by the sheer size of the market in China but by the enthusiastic way China’s twenty-somethings adopt new technology. As an example, in China 68% of internet users make mobile digital payments compared with just 15% in the U.S.

Other factors they point to include the ‘BAT’ influence – the way that China’s digital giants – Baidu, Alibaba and Tencent – have been building digital eco-systems and dominant positions. These companies also operate outside of the space you might normally expect them in. For example, Alibaba and Tencent have both invested in Didi, China’s Uber. Didi now provides over 15 million journeys each day. And Alibaba (Ofo) and Tencent (Mobike) have both invested in shared biking – between the two companies, they’re doing 40 million rides per day.

The McKinsey paper also puts a positive spin on the way the Chinese Government has allowed digital players to experiment and then worked with the private sector to shape regulation. This commentary is particularly interesting, as the Chinese Government has recently introduced a new set of cyber-security regulations that many people will point to as creating more barriers for foreign companies and more difficulty for domestic and foreign players in the tech sector.

The uncertainty created by these regulations isn’t helpful but pragmatism will reign; everybody will find a way to operate with the new regulations and the drive to innovate and digitise will continue.

In talking about China, there will always be barriers, frustrations and points of confusion. But New Zealand companies would do well to broaden their horizons away from Silicon Valley to understand how China is becoming a global leader in the digital economy, how that will impact business wherever they’re operating and how they might even play a role.