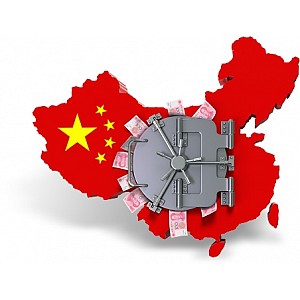 Recent months have seen a number of regulations by the Chinese government aimed to ease some of the restrictions that are part of China’s currency control system. The latest of these changes is the announcement by the State Administration of Foreign Exchange (SAFE) on March 30, 2015, stating that foreign-invested companies may now convert RMB to and from foreign currency in the capital account.

The Chinese currency control system distinguishes between transactions under the current account and the capital account, and requires foreign investors to open separate bank accounts for both. Current account foreign currency transactions include the import and export of goods and services, earnings from interest or dividends from portfolio securities and regular transfers. Capital account transactions are mainly related to the purchase and sale of fixed assets, foreign direct investment (i.e. changes in a company’s registered capital), the purchase and sale of equity or debt securities, and trade credit or loans.

When the new regulation takes effect on June 1, capital account transaction will not need SAFE approval either.

As of February 2015, qualified banks approved by SAFE may take care of foreign currency transaction registrations for outbound and inbound direct investment. Previously, investors would have to first register their intended transaction with SAFE before wiring the funds through the bank.

Companies can register their foreign currency transactions with a qualified bank in the area where the business is incorporated. This change will reduce the time needed to set up a new company in China or make changes to a company’s equity or registered capital. The regulation released in February also removes a number of bureaucratic procedures:

The registration of non-monetary contributions by inbound investors and foreign acquisition of Chinese equity.

The annual inspection of foreign currency used in inbound investment.

Instead, foreign investors need to submit an annual report on inbound and outbound investments to SAFE before September 30. The new rules will enter into force on June 1, 2015.

Prior to fully allowing foreign-invested companies to freely exchange foreign currency under the capital account, companies in the Shanghai Free Trade Zone were already able to freely exchange foreign currency through a special account. Funds in this account were considered overseas funds, and exchange of these did not require any approval. However, transferring funds from Chinese domestic accounts to the free trade account still needs to be approved by SAFE. More details on the policy can be found in our article on foreign exchange FDI regulations in the Shanghai FTZ.

Also in February 2015, the Shanghai Head Office of PBoC released new overseas financing rules implemented in the Shanghai FTZ. The Regulations clarified that companies and non-banking financial institutions in the zone are allowed to carry out overseas financing independently. Companies and non-banking financial institutions may raise funds overseas via the free trade account without obtaining pre-approval from relevant authorities. Instead, such companies need to file with the Shanghai Head Office of PBoC through their settlement bank. Documents such as the business license, the overseas financing contract (Chinese translation attached if applicable), the latest capital verification report, resolution of the Board of the Directors and other relevant information need to be submitted to the bank.

Overview of FDI in China

China became the world top destination for foreign direct investment (FDI) in 2014, surpassing the United States. According to the data released by SAFE, in January 2015, the accumulated trading volume between RMB and foreign currencies reached US$ 1.16 trillion. A total of 2266 foreign-invested enterprises have been established just in January 2015. However, the country’s FDI market growth rate is decreasing. China attracted US$ 119.6 billion in FDI (excluding investment in the financial sector) last year, up just 1.7 percent from the previous year, compared with 5.3 percent growth in 2013. Data shows that FDI in China’s service sector has substantially increased while the manufacturing industry attracted less foreign investment in 2014.

Apart from China’s economic slowdown, the country’s numerous regulatory hurdles play a role in this as well. While with these new policies, some of those hurdles has been removed, various barriers to entry remain.