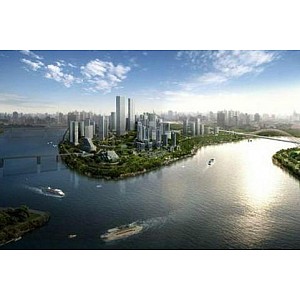 It was September 2013 when the new China (Shanghai) Pilot Free Trade Zone (SPFTZ) was officially opened.  As was expected, rather than being a “big bang” event a series of reform measures have been released over the past several months.  These reform measures can enhance China market access opportunities for certain New Zealand companies.  This article summarises some of the outcomes that can be achieved as of today.

In summary, the purpose of the SPFTZ is to expand the services sector and promote reform of the foreign investment management system. This includes regional headquarter activities and new trade facilitation reforms at the Customs border.  Capital account convertibility and the full opening up of the financial services sector– notwithstanding the Negative List – should take place. From a Government perspective risks will be controlled and a step-by-step principle adopted for rolling out these measures.

Since September 2013 several thousand new companies – domestic and foreign – have registered within the SPFTZ.  These new companies are trading in goods and also services such as financial services and logistics.  Some of the notable foreign companies to register include Microsoft (for Xbox One) and Amazon (for cross-border e-commerce).  New Zealand companies establishing a new Wholly Foreign Owned Enterprise (WOFE) may consider registering in the SPFTZ in order to benefit from certain preferential financial subsidies and cross-border e-commerce. A central business district office location may still be used to house employees and to be close to local vendors and China customers.

The market price per square meter per day for leasing warehousing space within the SPFTZ increased in the lead up to and shortly after opening.  Fast forward to September 2014 and prices are generally stable.  From a regional viewpoint they remain at about one-third of that prevailing in Hong Kong which for some companies represents a significant cost saving.

Over the past twelve months the frequency of cargo vessel/aircraft arrival/departures continued to increase, which is an important consideration when competing for limited freight space and serving tight customer lead-times in China and across the region.

Reduced ‘red tape’ at the Border

Most New Zealand companies exporting to China today enjoy a 0% customs duty rate under the FTA which has aided in opening up the market.  However, several other hidden costs at the border remain that still restrict access to the China market.  This can come in the form of inconsistencies and lack of transparency around documentation requirements, Customs clearance times, Customs/CIQ inspections and testing, working hours of officials, and the like.

Shanghai Customs and CIQ are embarking on various trade facilitation reform measures that should save cost and time when importing into China.   Some of the notable reforms that have been piloted within the SPFTZ over the past twelve months include:

1.    Declaration-after-entry
The Consignee firstly performs a simple declaration to Shanghai Customs by presenting the manifest and then delivering the goods into the SPFTZ.  The Importer then declares to Customs within the set time limit thus reducing the risk of discrepancy between records.
2.    Self-transport within SPFTZ
Enterprises within the SPFTZ can use their own vehicles or external vehicles that are registered with or certified by Customs for transportation instead of using the special Customs supervised vehicles, i.e. ‘white plate trucks’.
3.    Exhibition of bonded goods
Enterprises, after providing a sufficient guarantee to Customs, can carry out bonded exhibitions and transactions inside or outside of the SPFTZ.  The levying of duty and tax after sales and collective customs declaration is also allowed.
4.    Collective declaration
Enterprises within the SPFTZ are allowed to arrange consignment inbound and outbound activity in batches and then declare batches of goods to Customs collectively within a set period.
5.    Simplified Customs clearance
For the first-line inbound and outbound registration form as well as the second-line import and export declaration form that is not subject to duty the normal documentation is not required.
6.    Unifying Customs registration form
The format of the registration forms previously used in the different zones within the SPFTZ is unified with declaration items reduced to 30.
7.    Centralised duty payment
Enterprises, on the premise of effective guarantees, are allowed to pay duty for released goods on a centralised basis within a prescribed payment period.

The “three ones” policy
This new system refers to “one declaration, one inspection, and one release”. An Importer only needs to complete one application form that will then be shared with all interested parties, thus decreasing duplication.  In addition, both Customs and CIQ should inspect products together.  Finally, Importers will only need one stamp to get their products released from the port. This programme should help Importers to reduce cost and expedite the total Customs and CIQ clearance procedure.

Reform within the SPFTZ is at an early stage; the following is also on the horizon:

1.    Mutual Recognition
Importers that are graded “AA” with Shanghai Customs will enjoy “premium customs services” when the Exporter also retains an Authorized Economic Operator (AEO) certification.  The New Zealand example of this would be the Secure Exporters Scheme (SES).  Companies trading between Europe and China that are participating in mutual recognition have been benefiting from no inspections of documentation and goods.

Depending on the commodity being imported a twenty-day to two-month wait for the CIQ testing results may be required.  The testing conducted by CIQ is imperative for protecting the health and wellbeing of Chinese consumers.  This is particularly so when set against a backdrop of numerous food safety scandals.  However, the reforms being rolled out within the SPFTZ present an opportunity for New Zealand exporters to make supply-chain improvements.

2.    3rd Party Testing Institutions
Qualified 3rd party testing institutions registered and operating within the SPFTZ may carry out import testing services to the public.  Through such reform, CIQ related costs may be saved and the lead time for the Importer to obtain the testing result may be reduced.

3.    Building beyond the FTA
China continues to expand its network of FTA to include Asian, European, and Latin American countries.  Most recently implemented was the Switzerland – China FTA.  An FTA with South Korea may well be concluded in 2014 and Australia is hoping to reach an agreement in 2015.  As these countries begin to also enjoy duty-free access into China addressing non-tariff measures at the border, building brands, distribution channels, and relationships with business partners will become increasingly imperative.

New Zealand producers and exporters that wish to enhance their market access may wish to examine whether or not the above measures have been adopted into their inbound supply-chain into Shanghai/China.Non-tariff measures and technical barriers to trade remain key market access considerations particularly for companies in the food and beverage sector.  Compliance with the National Standards (general / industrial / product) for product quality, testing, and labelling is crucial.