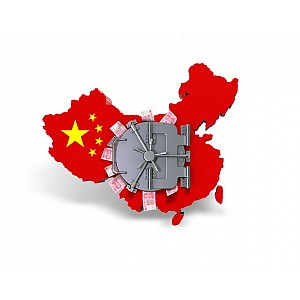 The recent announcement that China’s State Council has called for a detailed plan to achieve full convertibility for the yuan marks the start of a series of profound and beneficial changes that will resonate both inside and outside China for years to come.

Premier Li Keqiang’s public commitment to full convertibility under the capital account, a move that will free up two-way investment flows, and related reform of the interest rate and exchange rate mechanisms is the opening of a new economic chapter.

Externally the changes herald the emergence of renminbi as a viable new investment option tied to the world’s most dynamic economy, and eventually an alternative reserve currency. The internationalisation of renminbi will in the long term fundamentally change the global microeconomic equation of how traders and financial houses structure their foreign exchange exposure, and the macroeconomic equation of how central banks and governments formulate fiscal and monetary policy.

But in the near term, the most profound changes will be felt within China itself.

As Premier Li implied, in order to achieve capital account convertibility China’s interest and exchange rates will have to be substantially set by market forces to maintain balance in capital flows in and out of the country and instil confidence among international investors.

Exchange rate reform is relatively straightforward. Although RMB currently floats within a managed band against the dollar, most analysts believe that it is at, or very close to, its market rate. Chinese exporters have learned to live with a cheaper dollar and are unlikely to be affected by any new regulatory regime.

Interest rate reform is a more thorny issue. China’s low deposit rates have provided a cheap source of capital for investment; substantial interest margins have given Chinese banks considerable latitude in lending; and it has made it significantly less costly for the government to sterilise inflows to curb inflationary pressure.

But the country will reap substantial benefits from interest rate reform: Chinese savers will get a better return; a more competitive market will promote more efficient allocation of capital; and it will encourage retail savers to return to the formal banking sector rather than seeking yield in the less-regulated corners of the shadow banking system.

The worries expressed by some international analysts that Chinese banks will be unable to cope with narrower interest rate margins – the source of the bulk of their income -- is exaggerated. Although banks still play a much greater role in the Chinese economy than they do in the developed world, years of internal reform and regulatory improvements have produced commercially competitive players.

The current policy of combining steady domestic reforms with encouragement for the offshore market will gradually encourage convergence while avoiding systemic shock. The establishment and expansion of the Qualified Foreign Institutional Investor and Renminbi Qualified Foreign Institutional Investor schemes are the templates for future reforms: carefully considered in conception and measured in execution.

The offshore RMB clearing centres, led by Hong Kong, Taipei and Singapore, along with international banks like HSBC, will have a key role to play in the integration of renminbi into the global financial markets.

The offshore market today is relatively small, but it is growing fast. Currently some 12 per cent of China’s trade is settled in renminbi, but we expect that to grow to over 30 per cent by 2015. As more international clients settle in RMB, the offshore liquidity pool will grow, as the Eurodollar market did in the 1960s and 1970s.

Renminbi is starting to make its impact felt, both within China and globally, but it is with the opening of China’s capital account that its full transformative effect inside and outside the country will become apparent.