Discovering The "Other" China 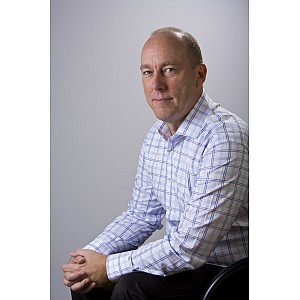 I am sure many of us remember playing the word-association game. Someone asks you to instantly blurt out the first thought that comes to your mind when you hear a word? For example, I say the word “Circus” and then you tell me the first thing that comes to your mind. Some people will first think of clowns, some will say acrobats, others will say tigers, and still others popcorn.

So let’s try that game again with another word – CHINA! What images spring into your mind?

For many of us, when we hear the word “China” we first think of such iconic sights as the Great Wall, Beijing’s Forbidden City, Shanghai’s Bund, or Hong Kong’s dazzling harbour. And no matter whether it is for a simple word game, or holiday planning, or for business opportunity mapping, the same recurring associations linger in many of our minds.

I use this word-association game to illustrate a point. For many of us, when we think of China all we tend to think about are Beijing, Shanghai and Hong Kong. And if this is the case, then our peripheral vision can use some gentle expansion.

I’d like to draw your attention to my home of the last 12 months, Guangzhou, the capital of Guangdong province and the historical heart of the greater Pearl River Delta. As a former ex-pat (and very proud) northern ‘Beijinger’ myself, previously I was blissfully ignorant of most of China that lies south of Shanghai. Furthermore, ‘back in the day’, the rumours and general talk I heard about Guangzhou, and other parts of the south, were not very pleasant, to put it politely. But now that I have settled in and made Guangzhou my home, I would like to share with you an entirely different perspective of this culturally rich and vibrant city, as well as the surrounding region.

First, let’s start with some eye-opening economic data and statistics.

With a population of over 100 million, if Guangdong province was measured as a separate country rather than just a province, it would rank 12th place in the world based on population size; just under Japan and Mexico, but well above The UK, France and Germany. This mass of population makes Guangdong a very large definable market within a much larger mega-market.

And moving from population to the economy, at the close of 2012 Guangdong enjoyed the strongest GDP of any single province in China, estimated to be 838 billion USD. Based on this figure, again if listed as a separate country, Guangdong would rank among the top 15 ‘countries’ based on GDP, placing easily it in the top 10% of global ‘national’ economies.

Boasting such figures, it can rightly be said that Guangdong is a country within in a country, in more ways than one. It is a powerful and lucrative market in its own right, in spite of the fact that the region does not enjoy top-of-mind recognition among most westerners.

But with such a large population and robust economy, what does this mean for potential New Zealand exporters? A few recent articles may further shed some light on this question.

In an August 2012 McKinsey Quarterly report, four out of the five Chinese cities with the highest consumption rate of household products are located in Guangdong province (Dongguan, Guangzhou, Zhuhai and Shenzhen respectively). In the same report, three cities in Guangdong (Dongguan, Shenzhen and Guangzhou respectively) are the highest ranked cities in the whole of China in terms of annual household disposable income, and all three ranked higher than notoriously glitzy and glamorous fourth-place Shanghai, which is often seen as the consumer capital of China.

So while some valid concerns are triggered by shifting national GDP figures for China, the consumer-related data paints a more optimistic picture, and in particular, the consumer spending and disposable income trends in southern China remain strong, with one recent report indicating retails sales were up 14.6% in November 2012.

Besides consumer spending trends, what other reasons are there for taking a fresh look at Guangdong and the surrounding Pearl River Delta region?

The historical connection between the Guangdong region and New Zealand is deep and varied. Historically speaking, many of our ethnic Chinese residents and citizens proudly trace their family heritage back to southern China. And in more modern times, Guangdong is the single largest source of inbound long-term students to New Zealand, currently at 12% of the total number of Chinese students. And the majority of these students eventually return to their home areas, bringing back with them their fond memories and relationships from New Zealand.

Tourist statistics are similar, with greater numbers of our inbound Chinese tourists originating from the south of China. As these tourists and students return home to China undoubtedly there is an open door of opportunity to leverage the positive impression of New Zealand into enduring business and personal relationships.

Year round lush green spaces have earned Guangzhou the name of “Garden City” of China. During the winter the temperature difference between Beijing and Guangzhou can be an amazing 20 degrees warmer in the south. While Beijing may be sub-zero Guangzhou remains comfortably in the mid-teens. The highways are well developed, as are the rail systems with easy connections to Hong Kong and other parts of China. Both Guangzhou Baiyun and Shenzhen Bao’an airports offer easy and frequent connections throughout China.

Guangzhou enjoys a reputation as being one of China’s most progressive and “open” cities, being among the very first cities that pioneered the “Opening Up” policy under Deng Xiao Ping. Combine that with a history of European trade going back nearly 500 years, and with the Middle East even centuries before, and you will find that the local “Cantonese” are among the most internationally savvy and business-friendly people in all of China.

And in some ways reminiscent of comparisons between northern and southern European cultures, and perhaps the southern states in the US, the mood in southern China tends to be more laid-back and less rushed, with an emphasis on eating and drinking together with family and friends, and what some might welcome as a more centred work-life balance.

And this interest in food leads me to an excellent opportunity for some New Zealand businesses, and this is in the area of Seafood. While seafood consumption is high in all the more affluent cities in China, the locals in southern China have an amazingly high appreciation of and passion for all variety of seafood, especially live high quality seafood.

Final food for thought – I must share a brief word of caution about managing expectations. My experience indicates that in the south of China the demand for genuine differentiation in a given product and service is higher and stronger here than other regions. So the well-trodden value proposition of “same as our competitor, but just cheaper” simply won’t cut it here. If you come to southern China and cannot clearly and quickly point out your product or service differences and advantages (and in doing so justify a premium price) then the show is over before you click on your third PowerPoint slide. However, as long as you are confident that your product or service is sufficiently unique and desirable to the local market, you will find reasonable truth in the catch phrase, Money is no object

And what makes this opportunity all the more attractive is the relative ease of travel into and out of the region, including multiple daily flight options from Auckland. Among these are Air New Zealand and Cathay Pacific, both with daily non-stop flights to Hong Kong. Additionally China Southern flies daily to Guangzhou non-stop from Auckland.

So whether for business, pleasure, or a combination of both, I encourage all who have not yet visited this part of China to come on down south and discover the “other” China. I am sure you will be glad you did.

We would like to hear from you if you are living and doing business in the “other” areas as well as Beijing and Shanghai. Please contact Luke Qin at luke.qin@nzcta.co.nz