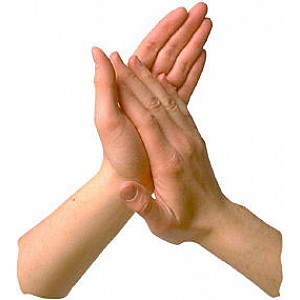 China’s economy has undergone an interesting change in direction over the past three months. Whereas back in September there were high worries regarding the extent of the slowdown in growth and forecasters were paring back their predictions, now there is considerable optimism about what 2013 will hold.

The change in sentiment, which has seen predictions for 2013 growth lifted almost 0.5% toward 8%, comes about following an ongoing string of better than expected outcomes for the key monthly economic numbers. For instance the annual pace of growth in retail spending accelerated to 14.9% in November from 14.5% in October and a low of 13.1% in July.

The latest retailing growth rate is the strongest since 15.2% in March therefore it does not represent a return to the very high growth rates above 17% in 2011. But the rising pace of growth suggests that the much needed and widely targeted lift in consumer spending may be underway.

However that is not to say that a rebalancing of swift pace away from reliance on exports and fixed investment is necessarily underway. In November fixed asset investment expenditure was 20.7% ahead of a year earlier. This was the same as October’s growth but up from a low of 20.1% in May. A return to October 2011’s pace of near 25% is not commonly expected. However a great number of new projects were announced mid-year when growth prospects were deteriorating rapidly so infrastructure investment and both residential and non-residential construction look like being firm growth supporting sectors over the coming year or two.

In the housing market the pace of rises remains positive though there is no solid indication as yet of a return to the buying frenzy of some three to four years ago which saw prices doubling in many cities. The monthly Soufun index of dwelling sales prices rose by 0.26% in November and gains since July have average 0.24% a month. Prices still sit 0.5% down from a year earlier but this annual rate of change is set to turn positive within the next two months.

China now accounts for 15.6% of all NZ merchandise export receipts compared with 14% a year ago and only 7.1% at the time the Free Trade Agreement came into effect in late-2008. China is also a large and growing source of revenue for the tourism sector. In the year to September Chinese visitors accounted for some 11.5% or $633mn or visitor spending in New Zealand. Visitor numbers from China (still including Hong Kong) amounted to 213,000 in the year to September and as this accounted for just 8.2% of total visitor numbers we see the way in which average spending per Chinese visitor is above the average for all countries.

This higher than average spending is a key factor being cited by developers looking to build a multi-storey hotel on Dunedin’s waterfront to cater largely for Chinese visitors.

With prospects for China’s growth improving, slow moves being made toward some liberalising of capital flows out of China, improving air links, and better growth in China’s largest trading partner the United States, there is no reason at this stage for believing anything other than that 2013 will produce continued strong growth in the revenue NZ earns from the fast growing Chinese economy.

To share your observations & expertise with our wider network in both NZ and overseas please contact Luke Qin at luke.qin@nzcta.co.nz