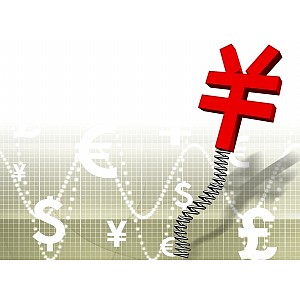 An HSBC survey has revealed widespread confidence in the future of RMB as a major global trade and investment currency amongst mainland Chinese corporates. The vast majority (77%) of Chinese corporates surveyed expect one-third of all Chinese trade (circa USD 2trn) to be conducted in RMB by 2015 (vs 10% YTD) and 30% plan to use RMB for investment-related purposes in the next 12 months.

Gary Cross, Head of Global Trade and Receivables Finance for HSBC New Zealand, said: “As Mainland authorities develop their regulatory framework to open up and internationalise the currency, the use of RMB in cross-border business has expanded both within trade and beyond.

“New Zealand companies trading with China are increasingly investigating the possibility of settling in RMB and the potential advantages that this may offer. We are seeing a greater number of transactions being undertaken in RMB as well as more enquiries around RMB.”

Moves by the Chinese government to increase exchange rate flexibility and simplify transaction processing have changed the dynamics of cross-border RMB business. The proportion of corporates using RMB because they expect the currency to appreciate has fallen dramatically. Only 25% of respondents said they used RMB in order to benefit from currency appreciation in 2012, compared to a significant 44% in 2011.

Instead, China-based corporates reported that exchange risk management and operational convenience were the main reasons for choosing RMB for cross-border transactions. Seventy-two per cent of those surveyed use RMB to help manage their foreign exchange risks, a sharp increase from 49% in 2011 and 44% stated that the currency brought operational and accounting advantages (vs 34% in 2011).

“China's total cross-border trade settled in RMB increased by a factor of 4 in 2011 and now accounts for around 10% of China's total cross border trade,” said Mr Cross. “New Zealand companies may want to consider having discussions with Chinese buyers and sellers about settling in RMB.”

While import and export transactions were the most common type of RMB business that respondents engaged in (47% and 42%, respectively), the survey revealed that 30% plan to use RMB for other purposes in the next 12 months. Fifteen per cent of corporates said they intend to use RMB for capital injections, 11% plan to use it for offshore loans and 4% for cross-border acquisitions (vs 11%, 8% and 1% who used RMB for these purposes in 2011, respectively).

Montgomery Ho, Head of Commercial Banking HSBC China, said: “It is encouraging to see the RMB being increasingly chosen by businesses on its merits as a trade and capital investment currency. Mainland corporates are adapting to increased exchange rate flexibility and are benefitting from streamlined RMB transaction processes. The internationalisation of RMB is a natural process that is being driven by China's economic growth and trade development, and we are confident that the Chinese currency is on track to becoming a major trade currency by 2015.”

HSBC has consistently been at the forefront of RMB developments both onshore and offshore. The Group has established RMB capabilities in over 50 markets worldwide, including New Zealand, and issued the first international RMB bond in London earlier this year. In Mainland China, HSBC provides RMB cross-border settlement service across its entire branch network spanning 27 cities, the largest geographic coverage among all foreign banks in China.