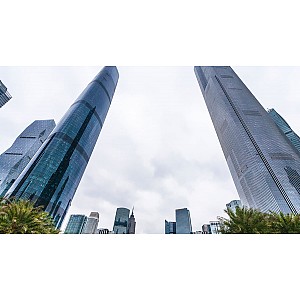 On September 13, South China’s Guangdong province announced a series of investment incentives and cost-cutting measures to offset the impact of the worsening trade war with the US.

The plan is in response to a July 31 directive from the central government instructing regional governments to roll out market opening measures and policies to maintain economic stability. Nevertheless, while the plan offers a variety of measures to bolster the economy, they primarily target strategic high-tech industries rather than the firms that might be most vulnerable to the escalating US tariffs.

In this article, we discuss key aspects of Guangdong’s plan to promote foreign investment in the province – a combination of previously announced policies from the central government as well as region-specific incentives.

The 10-point plan calls for Guangdong to fully implement the 2018 update to the Foreign Investment Negative List, which came into effect on July 28. The 2018 Negative List opens up market access for foreign investors by reducing industry-specific restrictive measures from 63 to 48.

Moreover, the plan seeks to implement other market opening measures previously announced at the national level but not yet applied locally, such as allowing WFOEs in NEV manufacturing. The central government announced in April that foreign investment limits on NEVs would be scrapped by the end of this year, but not every region has put the new policy in motion.

These include cash rewards of up to RMB 100 million (US$14.59 million) for certain investment projects and the same amount for FIEs that establish regional headquarters in the province. Dongguan, one of Guangdong’s major manufacturing hubs, announced similar incentives for establishing headquarters in June.

Further, major investment projects worth at least RMB 2 billion (US$291.18 million) may be granted free use of land, while foreign-invested R&D institutions can apply for subsidies of up to RMB 10 million (US$1.46 million)..

Qualified development zones and industrial parks are also able to offer incentives, such as reduced corporate income tax rates, based on the size and nature of investment projects.

These include the full implementation of the “One Window, One Form” policy to streamline business registration, as well as the setting up of a fast track option for qualified foreign investors. Foreign investors should now be able to register their businesses within five business days.

In terms of talent incentives, senior managers of foreign-invested enterprises and other qualified talent can acquire a work permit and residence permit valid for five years. They will also be entitled to local housing, education, medical care, and pension benefits and be able to employ foreign domestic workers, among other incentives.

To allay foreign investors’ concerns over intellectual property, the province will accelerate the development of the China (Guangdong) Intellectual Property Center, which it also pledged to do last year.

Guangdong’s incentives to move up the value chain, retain manufacturing power base

Beyond the 10-point plan, Guangdong has recently released other measures to strengthen its economy.

In August, Guangdong announced that between 2018 and 2020, it would invest over RMB 450 billion (US$65.65 billion) in strategic and emerging industries. These industries include artificial intelligence, green technology, high-end equipment, new materials, and biomedical technology, among others.

On September 10, provincial authorities announced cost-cutting measures that include reduced land use, electricity, and social security rates, which are expected to reduce business costs by over RMB 200 (US$29.18 billion) billion during the same time period.

The raft of incentives that Guangdong has recently introduced are partly designed to withstand the escalating trade war with the US. As China’s manufacturing heartland, Guangdong’s economy is highly export-oriented – it accounts for nearly a third of China’s total exports – and therefore more vulnerable to tariffs. In August, Guangdong’s manufacturing sector contracted for the first time in 29 months, according to the government’s purchasing managers index (PMI), which dropped to 49.3.

However, though the timing of the measures may be in response to the trade war, they largely address structural changes to the nature of Guangdong’s economy. After years of rapidly rising land and labor costs in Guangdong, many low-value manufacturers have been relocating to lower-cost locations like inland China, Vietnam, and India.

Before the trade war officially started, Guangdong’s economy was already showing symptoms of its structural pressures. For example, through the first half of the year – before US tariffs on Chinese products went into effect – exports had already declined by 3.3 percent year-on-year. Meanwhile, the government and firms that remain in the province are embracing strategies to move up the value chain, by promoting R&D in high-tech and investing in robotics and automation.

Taken together, many of Guangdong’s new incentives are not designed to lessen the burden on smaller low-value manufacturers that are the most vulnerable in the trade war. Rather, they seek to expedite Guangdong’s transformation into a high-tech manufacturing power by promoting the development of the industries of the future and attracting world-class talent.

As a result, the measures only serve to accelerate pre-existing dynamics; promoting investment in emerging strategic industries while leaving those most vulnerable to the trade war exposed and potentially facing relocation and other financial stress.