News for Brands in China

<< Raise or Fold: Changing the Registered Capital of a Company in China 4Ps: key to unlocking the China market >> 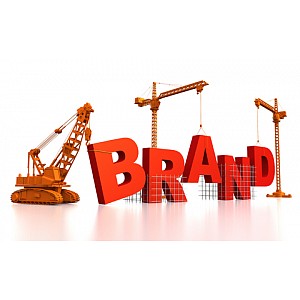 New Zealand companies wanting to establish their brands in China need to protect them.

Over the years, Western corporates have been only too well aware of China’s poor track record in brand protection.  As of 1 May 2014, there is new legislation in place in China to help protect trademarks.

The new legislation updates the process of trademark registration and aims to make it easier to take action against forgeries and knock-offs.  However, the process set down needs to be followed well, so that it does not allow opportunities for trademark hijackers.

According to DLA Piper, the global law firm with which DLA Phillips Fox is an alliance partner, Chinese Trademark protection includes companies:
o    Registering their brand in China
o    Devising and registering a Chinese equivalent for their brand in China
o    Registering their brand widely and giving consideration to China’s unique sub-class system
o    Protecting their brand holistically by making other IP and regulatory filings (such as customs recordals) in addition to just filing for trademark protection
DLA Piper has produced a checklist on what to do, and how to do it following the legislative update in China – to help protect your brands there.

The Chinese law is purely a ‘first to file’ system.  One of the key changes to the new law is the removal of the opponent’s right to file a review against the Trademark Office’s decision in opposition, if the initial opposition does not prevail.  In the event of this situation occurring, the only remaining option would be to file for cancellation of the trademark.

DLA Piper says that the China Trademark Office’s previous track record on this indicates that chance of success in opposing a trademark at this stage is not high.

Thus it is imperative that all trademarks are filed quickly, thereby stymieing potential squatters from using your brands.

The new law provides for multi-class applications, so a number of trademarks can be filed together.  This will prove less expensive (but it’s also less expensive for trademark squatters).

Under the former practice, a trademark licence must be recorded with the China Trademark Office within three months upon signing (an export deal). The previous law did not set out the consequences for failing to do so.  Because of that, many companies chose not to record some of their licences.

The new law expressly provides that trademark licenses can be recorded with the China Trademark Office within the validity period of the license.  Failure to record a trademark licence does not affect its validity, although the licence cannot be enforced against a third party acting in good faith.

DLA Piper advises that the new law has substantially increased compensation for damages as well as penalties.

It cites the concept of “additional damages” as having been introduced with the law update; statutory damages increased six fold (from RMB500K to RMB3 million); as well as administrative penalties increased. The latter can now be up to five times the illegal revenues.

The Chinese government has shown a clear desire to clamp down on infringements. “You should take advantage of this and act assertively against infringers,” urges DLA Piper.

Through DLA Phillips Fox, DLA Piper’s global assistance in Beijing, Shanghai and Hong Kong can be accessed.  One product that may be of interest is DLA Piper’s PROTECT™  service  which looks at existing Chinese trademarks and provides advice on the portfolio of brands your organisation is using in China.

The DLA Piper team will then advise on any gaps or deficiencies – and how to fix them.

<< Strategy  < Raise or Fold: Changing the Registered Capital of a Company in China | 4Ps: key to unlocking the China market >