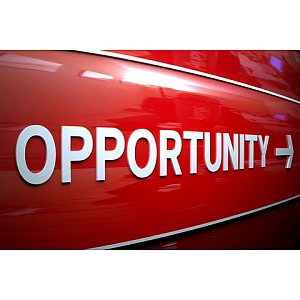 Rapid industrialisation and increasing wages, coupled with maturing consumer demand in Asia are driving different types of trade growth. This report highlights how these trends are changing the types of goods imported, manufactured and subsequently exported. As counties shift towards higher value sectors, there are significant opportunities for companies to evolve and grow.

Simon Constantinides, HSBC’s Regional Head of Trade and Receivables Finance, Asia Pacific, said, “The emerging market economies of Asia have grown at a phenomenal pace and are expected to lead the recovery in global demand over the next few years. By expanding their operations in to new, higher value sectors, they are driving more developed nations to specialise and diversify to compete. Understanding which sectors are growing in which markets, delivers huge opportunities for businesses as they plan for the future and aim to capitalise on these trends.”

This shift towards the production of higher value goods is particularly evident in China. The Chinese economy is already gathering pace in response to stimulus efforts, and strengthening domestic demand will fuel an upturn in trade with other economies in the region.

Industrial Machinery is reported to become China’s most important export sector by 2030, contributing almost a third of exports, and displacing the Information and Communication Technology (ICT) equipment sector, the current export leader. Meanwhile, Plastics, a key component in industrial machinery, transport equipment and construction, will increase in importance to become the second largest source of imports by 2020.

This growth illustrates the shift towards higher value-added sectors as China inc. offsets rising wages by investing in increasingly sophisticated manufacturing technology and other productivity enhancements. Additionally, over the medium term, the US-dollar value of Chinese goods exports destined for the rest of Asia is forecast to rise at an annualised rate of almost 15% throughout the period 2013-2020.

As the Chinese economy shifts its focus away from high-volume, low margin industries, new opportunities are opening for economies with ample supplies of low-cost labour, such as Vietnam, Cambodia and Bangladesh. Export growth from these economies is forecast to average 10-12% a year in the decade to 2030, with a concentration in lower value-added sectors of Clothing & Apparel and Textile & Wood.

Other markets are also making the shift to more sophisticated manufacturing. Malaysia’s top exportable goods will shift from lower-value sectors such as Animals and Vegetable Oils to higher-end Industrial Machinery, which will make the largest contribution to Malaysia’s export growth by 2030. Additionally, over the next two decades, India is forecast to move up the value chain as the workforce becomes more skilled, with higher-tech manufacturing products such as transport equipment (especially automobiles), chemicals and industrial machinery providing a growing share of export revenue.

This shift presents numerous opportunities for these Asian markets to increase their investment efforts in infrastructure development in order to keep up with the changing trade dynamic.

Australia’s main export markets are in Asia, and this trend is set to continue in the coming years, led by China, Japan, Korea and India. Given its proximity to rapidly growing Asian markets and its plentiful natural resources, Australia is well placed to meet the growth in demand for minerals and food in Asia with exports to Asia (excluding Japan) expected to grow at over twice the pace of exports to other regions until 2015. Additionally, a boom in mining investment in recent years, prompted by high commodity prices, means that Minerals and Mineral Fuels will overtake Metalliferous Ores to become the fastest growing exports in the coming years.

Export growth in Bangladesh is expected to pick up in 2013/14 in line with the anticipated global recovery, helping to lift GDP growth to 6.6%. Although the growth outlook for the US is relatively subdued, as the largest consumer market it will remain an attractive destination for exporters in Bangladesh. Large capital spending is expected over the next 20 years in order to develop a more sophisticated infrastructure network to encourage FDI flows. As a result, industrial machinery will be an increasingly important import sector.

Hong Kong’s trade flows are dominated by its bilateral relationship with China, which takes over 50% of Hong Kong’s total exports. The slowdown in the Chinese economy last year contributed to a deceleration in the growth of Hong Kong’s goods exports, but they were already showing signs of revival at the end of 2012. Hong Kong’s position as a trade hub within the East Asian economy means that signature East Asian durable manufactures, notably industrial machinery and ICT equipment, are of principal importance to Hong Kong’s merchandise trade, and will continue to underpin growth out to 2030.

India isn’t as trade-oriented as many other emerging Asian economies, partly due to its large domestic market, but nevertheless, exports have risen substantially as a share of Indian GDP over the past decade. India’s participation in intra-Asian trade is forecast to be a major driver of regional trade growth as the Asian economy recovers faster than that of Europe or the US.

Continued momentum in Indonesia’s domestic demand is expected to propel the economy to grow by 6.1% this year, unchanged from 2012. With its close proximity, Emerging Asia will be Indonesia’s fastest growing source of trade until 2030. Due to the government’s strong commitment to upgrading Indonesia’s infrastructure, transport and communications networks, industrial goods and equipment will form a substantial share of the country’s import growth over the next 20 years.

Malaysia’s GDP is forecast to slow to about 5% in 2013-2014, supported by robust domestic demand that has been led by very strong construction investment and consumer spending. Given its natural resources, including oil and other commodities that will be in heavy demand in most emerging markets as they continue to outpace other regions in the world, Malaysian exports will grow strongly in the coming years.

GDP growth in Singapore slowed sharply in 2012 with global headwinds holding down trade and leading to a contraction in the manufacturing sector. However, there have been promising signs at the start of 2013, and as a result, GDP growth and trade in Singapore are forecast to pick up pace as the manufacturing sector recovers strongly. Singapore’s fastest growing export and import categories will remain focused on manufacturing, with Industrial Machinery forecast to make an increasing contribution to overall export and import growth.

Vietnam maintained double-digit export growth in 2012, with export values in US dollar terms growing an estimated 20%. GDP growth in excess of 5% a year remains sustainable as the growing internal market boosts FDI, tourism and agricultural exports help finance industrial upgrading, and new power plants end the perennial energy shortages. Vietnam will also be an increasingly large importer, both of capital goods to meet its infrastructure needs and of consumer goods to meet the needs of its rapidly expanding consumer market.

For a copy of the Global Connections Trade Forecast report and for further information click here. An infographic which portrays key findings from the latest trade forecast is also available upon request.

About the HSBC Trade Forecast - Modelled by Oxford Economics

Oxford Economics has tailored a unique service for HSBC which forecasts bilateral trade for total exports/imports of goods, based on HSBC’s own analysis and forecasts of the world economy to generate a full bilateral set of trade flows for total imports and exports of goods, and balances between 180 pairs of countries and territories.

Oxford Economics employs a global modelling framework that ensures full consistency between all economies, in part driven by trade linkages. The forecasts take into account factors such as the rate of demand growth in the destination market and the exporter's competitiveness. Exports, imports and trade balances are identified, with both historical estimates and forecasts for the periods 2013-15, 2016-20 and 2021-30. The model looks at two-digit classifications from the COMTRADE database, grouped in to 30 sector headings. More information about the sector modeling can be found on http://www.globalconnections.hsbc.com/

Oxford Economics - formerly Oxford Economic Forecasting - was founded in 1981 to provide independent forecasting and analysis tailored to the needs of economists and planners in government and business. It is now one of the world’s leading providers of economic analysis, advice and models, with over 500 clients. Oxford Economics commands a high degree of professional and technical expertise, both in its own staff of over 70 professionals based in Oxford, London, Belfast, Paris, the UAE, Singapore, Philadelphia and New York, and through its close links with Oxford University and a range of partner institutions in Europe and the US.

Issued and distributed in New Zealand by The Hongkong and Shanghai Banking Corporation Limited incorporated in Hong Kong SAR, acting through its New Zealand branch