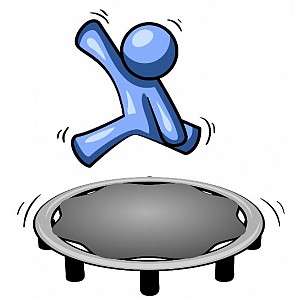 One of the bigger fears around the world recently has been that at the same time as the American economy faces a potentially severe tightening of fiscal policy and Europe muddles through a multi-year debt adjustment process, China’s economy would potentially experience a hard landing. Thankfully the most recent economic data give cause for believing that growth may in fact improve slightly in the December quarter after slowing to a 13 year low of 7.4% in the September quarter.

Most recently we have seen the release of some better than expected manufacturing data in the form of the Purchasing Managers Index rising back into the above-50 positive growth territory for the first time in three months. As a result some forecasters have been slightly improving their predictions for fourth quarter growth and pulling back on their expectations of the extent to which there might be some further easing of monetary policy.

That easing of monetary policy has been somewhat problematical for the authorities because of concerns about dwelling prices remaining at still very elevated levels reached following the 2009-10 stimulus, and more recent evidence of prices once more creeping up. The Soufun Real Estate index for September for instance rose by 0.2% and has gained 0.8% over the past four months. That is a slow pace of growth but enough to encourage some more interest in the property market going by the anecdotal evidence.

For New Zealand it can be difficult finding any direct relevance for our economy of changes in the pace of growth in China. That is because demand for food products is rising over and above whatever the economy is doing, and for non-commodity exports the main factors impinging on growth are more generally sector specific rather than a reflection of the overall macro-environment.

Nevertheless, the improving outlook for China comes at the same time as economic data for the United States have been slightly better than expected, and that has meant some upward pressure on prices of a broad range of New Zealand’s exports. The positive developments have also however added to upward pressure on the NZ dollar and exporters would be well advised to consider carefully their exposure to further exchange rate appreciation given the very limited chance that the NZD will be weakening over the next two to three years.

We make this comment even taking into consideration the recent appreciation of the Yuan to a record high level against the generally depreciating US dollar. Given that the NZ dollar is a freely floating currency and the Yuan is nit, there is far greater scope for the NZD to rise in the next year or so than the Yuan.

To contribute to our newsletter and share your expertise with our extensive network in both NZ and overseas please contact Luke Qin at luke.qin@nzcta.co.nz