Our Taniwha Economy: Talking trade with the Chinese Dragon 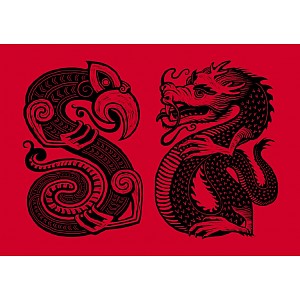 Thousands of years before Europeans arrived in the Asia Pacific region our ancestors set off from Asia to establish civilisations stretching from Papua in the west, Hawaii in the north, Rapanui in the east and Aotearoa, New Zealand in the south. At the helm of the earliest and one of the greatest ocean migrations in the history of the human race they succeeded using pioneering, advanced scientific knowledge and technology.

Within eighty generations our ancestors settled almost a third of the surface of the planet. Through our ancestors, I proudly acknowledge our kinship links to Asia.

This year marks the dawn of the auspicious Year of the Water Dragon.

Asia’s Dragon economies are fast becoming the centre of gravity of our global economy with China at the helm. This promising year also marks the 40th anniversary of bilateral diplomatic relations between the governments of China and New Zealand. It is no wonder then why I chose such a lucky year to lead a M?ori business delegation to China!

To us, Maori Dragons, Taniwha are not evil monsters to be destroyed at all costs. To us, they are divine, magical beings, often guarding sacred places. Like our economy, Taniwha should be respected and nurtured. They should not be ignored nor treated with contempt.

The backbone of our Taniwha Economy is made up of small to medium sized enterprises, spread across the country and taking many forms from family businesses to collectively owned land trusts.

Our delegation to China included representatives from a wide range of sectors including fishing, forestry, agribusiness, education, food and beverage, investment and banking.

The challenge for Maori is not to be satisfied with the status quo. We have come a long way in recent years: socially, culturally and economically. But in no way does this mean our journey is over.

Instead we must ask ourselves:

When Maori think of a long term investment, we are thinking of those who have gone before of us and those yet to be born. Upon our shoulders are huge responsibilities – we are but one generation within a family tree that stretches back through eternity.

How far it will branch out into the future? That part is up to us.

We have no choice but to do whatever it takes to boost revenue, support our businesses, communities and families across New Zealand.

This feeling of responsibility was something our hosts in China understood and identified with. They understood because they themselves are at the helm of an epic journey in which their economy is fast becoming the largest, most dynamic on earth. Like us, securing the future wellbeing of the people is the goal and also the dream.

As well as strengthening relationships with key trading partners like China, the challenge for Maori is to unlock potential by investing successfully in science and innovation. For inspiration our Little Dragon, our Taniwha Economy need only look to the phenomenal growth of Asia’s Dragon economies – from developing to developed in a single generation.

The profound importance of the responsibilities before us all is no better illustrated than in the words of Li Ka-Shing, the man behind CKGSB, China’s most successful entrepreneur but also one of the most generous philanthropists the world has seen.

•    These things are of intangible value and are not found on the balance sheet but are perhaps the most valuable asset of all.

What incredibly profound advice. What Li Ka-Shing reminds us all is that some wisdom is everlasting. Some wisdom will not come with Version Two or Three. Some wisdom needs no rebranding.

Confucian philosophies, as with the ancient advice of our own Maori ancestors, have a place today in 2012, a moral and philosophical compass for us to grasp onto forever.

The New Zealand government sees economic ties to China as crucial to our own economic growth agenda. We cannot drive economic growth by ourselves but we can help remove obstacles that prevent business from thriving. We can lay the platform to create an environment that allows businesses to grow, export and create jobs here and in China.

Further up the island to my own Ngati Kahungunu tribe, leaders have secured deals to send tonnes of our dried mussel meat to Shandong Province.

Our tribes with major forestry interests have been in talks with China National Building and Materials, a future partnership could see major plants established and the creation of hundreds of jobs.

From farms, to fish, to forests and now phones.

Chinese investors through Axin New Zealand are working alongside three northern tribes, including our Ngati Whatua tribe, who are the host tribe of our city, on New Zealand’s first Maori-owned fibre optic network that will soon connect Auckland and Whangarei.

Maori are already investing and working with Chinese businesses in a range of sectors and in many different ways. Our role is to ensure the foundations are there for business and relationships to flourish. Our role is to do whatever we can to strengthen future bonds between China and New Zealand.

There already is an ancient bond we share with the people of China.

Its English name is the Godwit bird. In China, it is Ban-wei Cheng-Yu. Here in New Zealand, Maori call it the Kuaka bird. For generations of ocean navigators this bird was one of our many guides.

Every year at the end of our Summer, thousands of Kuaka, thousands of Ban-wei Cheng Yu, gather at New Zealand’s most northern tip, we call Te Rerenga Wairua. For Maori it is a hugely sacred place, it is the departure point for souls, back to our ancestral homelands, in English it is called Spirits Bay.

It is here that these birds gather in their thousands before taking flight, crossing the Pacific in a week and heading north to China, stopping only when they reach Dandong, Liaoning Province. Their amazing flight between Te Reinga and the Yalu River is the longest non-stop flight of any bird on earth.

We have a carving of this bird in our parliament and I would like to leave you with the Maori proverb carved beneath it:

I am the dreams of the people. The length of my flight depends on the wisdom of your decisions. 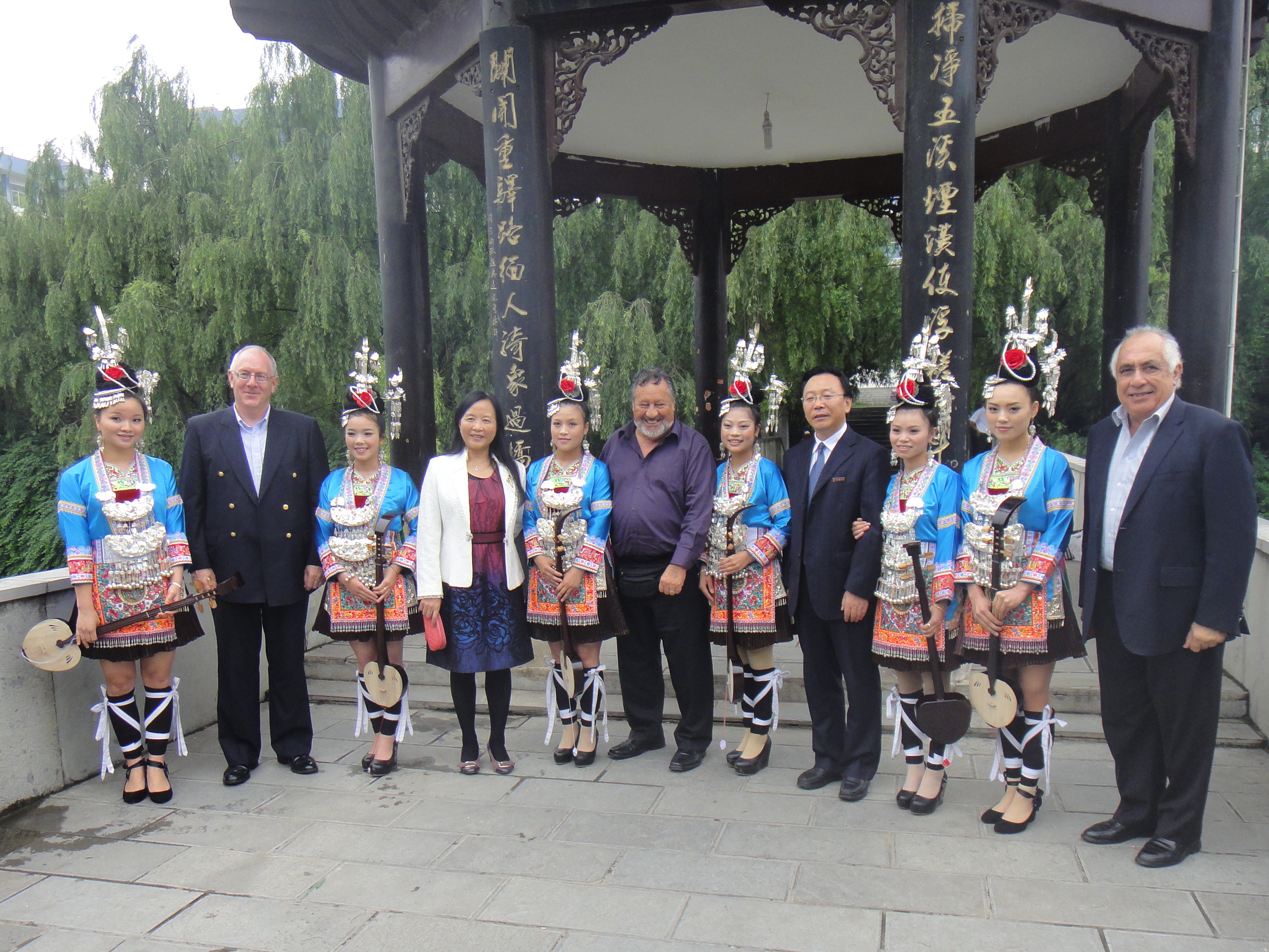 Pictured: The Maori Taniwha and the Chinese Dragon, symbol of the Maori business delegation to China lead by Hon. Dr Pita Sharples