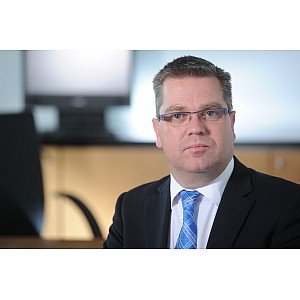 International trade greases the wheels of the global economy and is a significant wealth creator. For the past two years, however, global market uncertainty and inconsistent demand dynamics have stunted trade growth.

We are confident that the long-term outlook for cross-border trade remains strong. The underlying forces behind it remain very much intact, driven principally by resilient demand in emerging economies, but the short-term forecast far less certain.

HSBC’s latest Global Connections report estimates that global trade growth over the next five years will remain moderate at 3.7% before accelerating to 5.9% in the 2016 to 2021 period. The short-term picture in Asia-Pacific is slightly rosier, with expected annual trade growth of 5.4% to 2016. Overall, we forecast that global trade will expand by an annualised 4.7% over the next 15 years, or 98% in aggregate.

Although New Zealand’s key markets in Asia have suffered less than other regions, partly thanks to intra-regional trade, they have not been immune to global strains. Markets in Europe are still struggling, and despite tentative signs of recovery in the United States, exporters are bracing themselves for continued uncertainty.

Europe remains the most significant near-term threat, as Eurozone weakness is dragging down growth rates across the world. Volatile energy prices also provide plenty of reason for concern, while slower short-term GDP growth in China will challenge some traders. Taking these and other metrics into consideration, HSBC research indicates that today’s challenging conditions are unlikely to improve substantially in the immediate future.

But the big story over the next two decades is not so much about the changing pace of trade growth as about a tectonic shift in the patterns of trade. While developed markets will continue to dominate trade in absolute terms, it will be so-called ‘south-south’ trade – the exchange of raw materials, products and services between and within regional emerging markets – that will define the broader economic narrative.

Indian companies, for example, are opening up trade in pharmaceuticals with Africa and emerging Asia, creating new corridors along a modern-day ‘southern silk route’. This trend is being replicated globally, and will gather momentum as economies we call emerging today become more developed.

We anticipate that China will overtake the US as the world’s largest trading nation by 2016, accounting for 12.3% of global trade. India, the world’s second largest emerging market, will also witness a substantial leap to prominence. Between 2012 and 2016, India will outstrip China in terms of import and export momentum, which are forecast to increase by 6.8% and 7.6% a year.

In the medium term, the growth of emerging markets’ trade will not only benefit their neighbours, it will also make the global economic system less vulnerable to exogenous shocks like the 2008 credit crunch and the European debt crisis.

The ebullience of the emerging markets is reflected in HSBC’s latest trade confidence index, which measures expectations over the next six months. The global index remains steady at around 113 – 100 represents neutrality – but countries like Indonesia (130), India (128), and Brazil (119) look secure in their belief that the growth story will continue.

In the coming years, huge opportunities will come from high GDP growth in Asia-Pacific and changing consumer demographics. We are already seeing evidence of an enhanced ‘value chain’ in the emerging economies as consumers become more sophisticated and as better workplace skills spur a shift towards higher-end production. Industries showcasing this evolution include makers of machinery and control equipment, printing and ancillary machinery and telecommunications infrastructure.

So, while much recent commentary on trade has concentrated on the challenges facing exporters, we believe there is light at the end of the tunnel. Changing demand patterns and relationships are creating new openings, and New Zealand businesses, perched on the rim of the world’s most dynamic economic region, could be among the major beneficiaries.

This publication does not constitute personalised financial advice. No consideration has been given to the particular investment objectives, financial situation or needs of any recipient. Readers should seek independent legal/financial advice prior to acting in relation to any of the matters discussed in this publication. No guarantees are given in relation to the accuracy or completeness of this information. No member of the HSBC Group is liable for damages arising out of reliance upon this publication. Any opinions in this document constitute the authors present judgment, which is subject to change without notice. Issued by The Hongkong and Shanghai Banking Corporation Limited incorporated in Hong Kong SAR, acting through its New Zealand branch