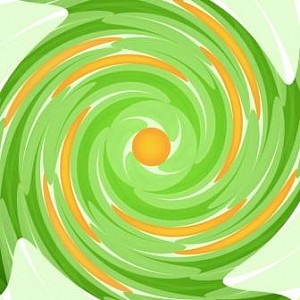 2009 was a testing year for China. Hit by the worst financial crisis since the Great Depression, the country’s macroeconomic outlook has turned cloudier. We have witnessed more difficult times for China’s commercial enterprises unseen in past several years.

However, with huge government-inspired measures to stimulate the economy, China is fortunate enough to achieve its target of economic growth. Among the government initiatives, boosting domestic consumption is, and will continue to be, high on the agenda.

This has profound implications on the developments of China’s commercial sector.

Meanwhile, many commercial enterprises in China have learnt some important lessons over the past year and are rethinking their strategies. China’s commercial landscape is changing fast.

Here is a brief summary of the Ten Highlights of Commercial Sector, 2009-2010:

With a series of government initiatives to boost domestic consumption, China’s real growth in retail sales in 2009 has been the fastest since 1985, beating market expectations.

Looking forward, as China strives to reorient its economy to become more consumption-driven, policy environment will continue to be favorable for commercial businesses. Retail sales in China look set to reach new heights in the coming year.

Domestic consumption in China has been primarily urban-driven. However, to stimulate and sustain domestic consumption, tapping rural demand is essential. The Mainland authorities have actively taken a series of initiatives to improve the rural distribution landscape over the past few years and those measures are constantly reviewed and further strengthened in 2009.

Government-inspired measures are much appreciated; however, effective coordination between the government and the market is the key for success.

Intensifying competition is prompting retailers in China to improve their competitiveness.

Domestic and foreign retail chain operators are observed to give different priorities in respective strategies in China - growing number of domestic players are paying attention to strengthening internal management such as transforming merchandising practices and enhancing supply chain efficiency through better use of information technology; meanwhile, foreign retailers in general continue to accelerate expansion into second- and third-tier cities.

These undoubtedly would cast pressure on smaller businesses. Market consolidation is set to accelerate.

In recent years, the profit structure of many retailers in China has changed significantly. Many retailers no longer derive their major profits from direct merchandise sales. Instead, cumbersome charges laid on suppliers become predominant source of income for many.

More and more retailers now recognize that the strained relationship with suppliers is detrimental to the health of retail sector in the long run and are trying to change the picture. However, the problem is deeply rooted and involves many vested interests

Concerted efforts between the government, industry associations and enterprises must be made. Nonetheless, this is definitely a good step in the right direction.

Going green has been catching commercial businesses’ real attention in recent years. Foreign retailers are observed to be more proactive than their domestic counterparts to go green.

In line with our experts’ previous predictions, online retailing continues to be one of the brightest spots in China’s commercial developments. More traditional commercial businesses in China have embarked on click-and-mortar strategy to lower operation costs and achieve wider customer reach.

But these years, some of them have also taken active moves to reinvent themselves. And with strong government support to protect and promote heritage brands, several heritage brands are now rejuvenated and set to make a comeback.

To learn more about Li & Fung Research Centre and to browse their otehr publications visit their website.