<< NZCTA Commentary: Shanghai Expo 2010 as a catalyst for innovative thinking From the Edge: Hand on Till >> 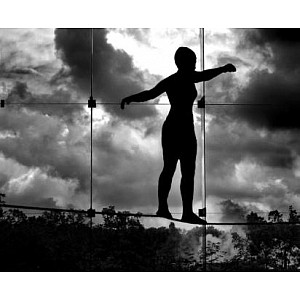 Jordan Calinoff & Hayleigh Davies of the Shanghai Business Review explain why the Chinese government finds itself walking a tightrope between IP enforcement and boosting its domestic economy.

BRAND BEIJING OLYMPICS: the must-have items of Summer 2008. From Shanghai hipsters to rural farmers, everyone wanted a t-shirt, hat, or even a pin emblazoned with it. However, throughout all the markets and back alleys of China hawking fakes, a cheap counterfeit version was almost impossible to find. The State had finally cracked down on counterfeiters with spectacular results. “The Beijing Olympic brands are owned by the State. Regarding those brands, the government demanded better intellectual property enforcement and got it. They made it very clear during the run-up to the Olympics that counterfeiting would not be tolerated. You could find counterfeit Nike, Adidas, Louis Vuitton, but it was difficult to find counterfeit Olympic products,” says Geoffrey Lin, an IP specialist and counsel at UK-based law firm Lovells. “The government’s success in enforcing their Olympic IP Rights shows that the government can enforce IP laws.”

The successful protection of the Olympic brand, however, does not mean that intellectual property enforcement will suddenly become widespread. The Chinese government is in a precarious position. On the one hand, it wants to improve IP enforcement to spur more domestic R&D, leading the economy up the value chain. On the other hand, cracking down on infringers means more closed factories, more lost jobs, and a higher chance for instability during the economic downturn.

In the case of the Opinion on Certain Issues with Respect to Intellectual Property Judicial Adjudication Under the Current Economic Situation, released on 21 April, the court pushed for further protection of IP, but at the same time made it very clear that IP protection should be carefully balanced with public interest, in terms of jobs and stability, during the economic downturn.

While in some arenas, the central government is all-powerful when it comes to IP law and enforcement, provincial and municipal level officials often hold more influence. In more entrepreneurial and export-oriented provinces like Zhejiang, Fujian, and Guangdong, this is apparent.

“We have a case in Zhejiang province where the local authority will not enforce counterfeiting or IP infringement cases, because the small businesses there are already suffering and they don’t want to add to the burden,” explains Clement Ngai, an IP partner at Baker & McKenzie. “I can’t say it is widespread, but it is clear that some places are changing the enforcement in direct response to the economic situation.”

During this period, many IP specialists have found authorities insist more on formalities

and that all documentation is in order. “It means the government can avoid making the hard decision on whether or not to enforce if the formalities have not been met; that is, if you do not make sure you have met formalities, you do not put an onus on the authorities to exercise their jurisdiction,” says Elliot Papegeorgiou, partner, attorney-at-law at Rouse – a global IP law firm. As a result of the current economic downturn, there is also some evidence that there have recently been lower fines imposed for IP infringement.

“Ultimately, these issues may result from weaknesses in China’s IP enforcement regime itself,” says Martyn Huckerby, partner and chief representative at Mallesons Stephen Jaques. He adds: For example, Article 52 of the PRC Trademark Law Implementation Rules provides that the fine to be imposed in the case of an infringement of a registered trade mark right is capped at three times of the income arising from the infringing conduct, and in the cases where that income is impossible to calculate, the fine shall be no more than Rmb100,000.

It is worth noting that although China’s IP seizures surged by 40 per cent in 2008, its value of IP seizures rose 38.6 per cent, a small increase when compared to the rise in India’s IP seizures value which rose a staggering 1,801 per cent over the same period.

Competing on the Global Stage

“If China looks at IP as something that will decrease consumption, increase the cost of production, exacerbate the loss of jobs and result in paying more licensing fees to foreign companies, then enforcement would be a disservice to the economy,” says Lin at Lovells. “But in the long term, where will China be if it just continues to manufacture and not to innovate?” With that thought in mind, Chinese leaders have continuously expressed their hope for better IP protection - in the long term, of course. For example, during the meeting of Second Session of the Eleventh National People’s Congress on 13 March 2009, President Hu Jintao said, “In the long run to encourage more enterprises to master proprietary intellectual property and brands so that domestic enterprise can survive the fierce competition in the international market.”

From the government side, the new amendment to the Patent Law is a good start. The amendment, which was passed late last year and will be enacted in October, should create a more hospitable environment for innovation. At the same time there are other legislations which provide tax incentives for setting up R&D facilities. In fact, patent filings by domestic companies are booming. In 2008, 717,144 applications for patents - utility model, design and invention - were filed by domestic companies, a leap from the 586,734 patents filed in 2007 and much higher than the 111,184 patents filed by foreign firms. With government support, the number of new patents should continue to grow. “It is difficult to assess the level of genuine versus rogue / junk-patent filing. However, the practice would not be new or specific to China.

In other countries it is also not uncommon for companies to put up ‘walls of patents,” explains Papegeorgiou. In most countries, covering different industries, this is known as cross-licensing when it occurs between legitimate IP holders. “Issues only arise if the rights may not be valid or genuine and are merely used as a shield to discourage enforcement authorities. Given the high number of utility model filings by Chinese firms, without a commensurate filing by foreigners, this is a more than a little concerning.”

Currently, factors in global commercial markets are ripe for IP issues to arise from – supply chain costs are having profits squeezed out leading to more leakages, supplier costs are increasing resulting in a higher number of termination disputes, HR redundancies and high staff turnover rates are more apparent than ever, and distribution channels are reporting a higher number of IP infringements. “Competition is fierce; the economy is down, how do you distinguish yourself from a thousand other low-cost manufacturers? Either you have a product that is better than others or you achieve a more efficient production method. You can do that only by better design or new technology,” explains Ngai of Baker & McKenzie. “The new law is meant to capture more patent filing for R&D activities in China. As to the protection of patent, though, it’s sad to see that there are not many changes.”

While to some degree, the government, pushed by domestic companies, is easing the way for patent registration, copyright and trademark protection seems to have been less of a priority. When looking at total civil IP cases, which grew 36.5 per cent yoy in 2008, it is important to note that IP cases involving foreign parties grew 70.5 per cent to 1,139 cases over the same period. Of these civil IP cases, copyrights issues top the list at 10,951 cases representing a 50.7 per cent growth yoy in 2008. Trademark cases rank second at 6,233, a massive growth of 61.6 per cent yoy. Thirdly, patent cases grew 0.82 per cent last year with a total of 4,074 cases. Retrials in this arena are also up 161.5 per cent, where parties are taking rulings to higher courts or for retrial.

Can your IP be protected in China?

The environment has left many companies asking “Can our IP be protected in this climate?” Famous cases of patent dispute, like the 2007 case where Chinese electronics company Chint Group received a Rmb335m decision, later settled for the sum of Rmb157.5bn, the highest in Chinese history for an IP case, against France-based Schneider Electric, have left foreign firms uneasy. In this instance, media hype focused on a “China versus foreign firms” scenario, rather than illustrating the point that after registering an un-examined utility model patent on what Schneider claimed was nonnovel technology, Chint sued Schneider for infringement and despite Schneider’s failed attempts to invalidate Chint’s utility model legitimately won.

In answer to protection, companies should look at recent wins in cases such as Stihl verus Swool, and MAN AG / Neoplan versus Zhongda Industrial Group China, where verdicts prove companies, in particular Chinese firms, are not being given a ‘free pass’. However, with more pressing economic issues amidst the current economic downturn, enforcement will likely remain practicable only if companies filing suits have made all necessary preparations and have exhausted avenues of mediation and settlement.

For more information or to subscribe please visit www.sbr.net.cn

<< China General Interest  < NZCTA Commentary: Shanghai Expo 2010 as a catalyst for innovative thinking | From the Edge: Hand on Till >