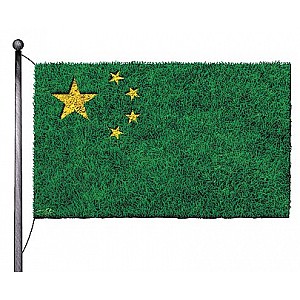 In 2013, China consumed half of the world’s coal. As a result, China’s population has become increasingly vocal about their anxiety surrounding the state of the country’s environment and ever-rising pollution levels. Earlier this year, a former news anchor and environmental journalist, Chai Jing, produced a documentary called ‘Under the Dome’ – a damning insight into the state of China’s air pollution and the lack of a robust regulatory system. Chai Jing started work on the documentary after falling pregnant in 2013 and began to greatly fear how China’s pollution could affect the health of her baby – a fear that resonates with much of China’s population today. The documentary, similar in approach to Al Gore’s ‘An Inconvenient Truth’, is particularly critical of the lax approach some government officials have taken towards enforcing environmental regulations and exposes how oil and coal companies are complicit in the problem. It was no surprise that the documentary was censored by Chinese government officials within only a few days.

In response, China’s ‘growth at any cost’ model is increasingly attracting domestic and international criticism and scrutiny. As a result, China’s current 12th Five Year Plan focuses more on the ‘quality of growth’ and has set about reversing the environmental degradation of the past 30 years. The Plan has set the following key targets to be met by the end of 2015:

China is currently on track to meet all of these targets.

China’s commitments to capping its coal use and carbon emissions have been generally accepted as major steps forward in addressing its coal addiction. In a joint announcement with the US, China made a first-time pledge to cap its CO2 emissions by 2030 and also pledged to expand its renewable energy sources targets from 15% by 2020 to 20% by 2030. A week after this announcement, China launched its New Energy Strategy Action Plan (2014-2020) which undertakes to cap absolute coal consumption at 4.2 billion tonnes by 2020 and reduce the share of coal in the primary energy mix from 66% to less than 62% by 2020. The share of natural gas in the primary energy mix will also be raised to above 10%. To achieve these levels, the three big coal consuming regions of Hebei, Tianjin and Shandong will have to cut their coal use by up at 27% by 2030 and Beijing alone will need to cut its use by 99%.

Whilst these figures represent the national government’s growing commitment to combat climate change, some Chinese cities have been developing their own local ambitious plans and projects. Shenzhen in China’s south is arguably leading the way in expanding the use of renewables and green technology. BYD, the world’s largest supplier of rechargeable batteries, was established in Shenzhen in 1995 and has quickly become the country’s leader of new energy motor vehicles. Shenzhen also houses the ‘Shenzhen International Low Carbon City’ which has made a commitment to emit less than 0.32 tonnes of carbon per RMB10,000 by 2020. The city promotes sustainable innovative design by using recycled materials and existing buildings to construct the city. Shenzhen Yantian District is also the first district to apply a Gross Ecosystem Product (GEP) index, measuring the use of non-polluting and renewable energy sources. The district aims to achieve GDP growth without diminishing GEP growth. In 2014, the city recorded a GEP value of RMB107 billion which was achieved by changing Yantian Port’s energy source from oil to electricity and gas and developing a project to encourage greater bicycle use. Despite the index having inherent measurement challenges, it represents the growing focus on ecological output whilst maintaining economic and social growth.

Shenzhen was also the first city to introduce a carbon ‘cap and trade scheme’ in 2013. Since then, China has announced plans to establish a nationwide carbon market by 2016 and has also started to develop a proposal for a new carbon tax. With funding from the National Development and Reform Commission and the Ministry of Finance, the government will launch a RMB50 billion environmental protection fund to provide low interest long-term priority loans to Chinese companies who are specifically tackling China’s air, water and land pollution challenges.

The next Five Year Plan

China’s next Five Year Plan will be released in late 2015 and is expected to replicate and build on much of the previous plan. It is expected that national, provincial and city-level environmental provisions will strengthen as China edges closer to its 2020 and 2030 goals. China has a strong track record over the past 30 years of meeting or exceeding the targets and aspirations set out in the Five Year Plan, so their plan to cut emissions and invest in renewables should not be taken lightly. In fact, China is already leading the world in tackling climate change despite media commentary suggesting otherwise. What may not be noted, however, is the need to ease censorship surrounding environmental degradation, especially when the government and industries are implicated. Greater transparency is crucial in order to build up trust and confidence in the Government's real and actual commitment to tackling China’s crippling pollution levels and, as can be seen from the above, significant progress is being made.