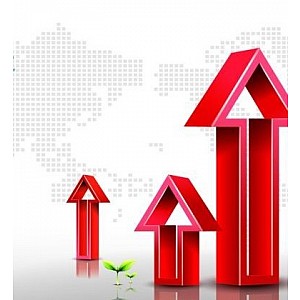 A new HSBC survey revealed a strong appetite for international expansion amongst Chinese corporates with overseas operations, despite the current global economic uncertainty. The vast majority of respondents (83%) intend to further expand offshore; among them, 58% plan to expand their existing overseas operations while 47% plan to increase their number of entities abroad. HSBC conducted the survey of over 200 Chinese companies with operations overseas to gain insight into their business needs as they expand internationally.

Noel Quinn, Head of Commercial Banking for HSBC Asia Pacific, said: “As the global economic landscape in regions such as North America and Europe shifts, many industries have turned to China as a key market to generate growth and lead the economic recovery. This report is a reflection of the continued positive sentiment of Chinese companies who are confident in their ability to expand internationally, despite the economic climate overseas.”

Interestingly, respondents revealed that they are no longer relying solely on an ability to compete globally based on lower costs. Though half of those interviewed said that price was still their key advantage, the findings also pointed to their solid financial strength (40%) and their advanced technology and production lines (40%) as major strengths when competing overseas.

The main motivations for Chinese enterprises venturing into foreign markets are the ease of trade (69%) and to expand their network (59%). With Chinese companies attaching more importance to brand building in recent years, 46% of companies interviewed indicated that their overseas expansion was pursued with the purpose of improving their brand image.

The survey revealed that Asia is the major investment region among outbound Chinese enterprises (85%). The overseas markets within Greater China (Hong Kong, Macau and Taiwan) were identified as the favoured destinations to set up overseas entities (71%), driven by the strength of the market’s import-export sector, as well as low trade barriers (57%) and favourable investment policies (43%).

Investment in traditional markets such as North America (24%) and Europe (22%) were driven by market potential as well as advanced technology and R&D. Additionally, the emerging markets of Africa (15%) and Latin America (14%) also feature, with market potential a significant draw for the latter (93%). Other important factors that attract Chinese enterprises to these regions include abundant raw materials and resources (Africa 26%, Latin America 28%) and lower costs of manpower, production and transport (Africa 26%, Latin America 24%).

Although the outlook is positive for Chinese enterprises venturing overseas, challenges remain. Companies interviewed cited exchange rate fluctuations (48%), economic slowdown overseas (46%) and competition from the local markets (42%) as their biggest challenges. In Europe and North America, economic slowdown is especially apparent, with 58% and 50% of Chinese companies in the US and Europe, respectively, identifying the slowdown as their main worry, while the main challenges for those in Latin American were communication and cultural differences (38%).

Li Zhen, Head of China Outbound for HSBC Bank (China) Company Limited, said: "Despite the overall positive outlook, challenges remain for Chinese companies expanding overseas, including economic slowdown overseas, foreign exchange fluctuation, and local market competition, as well as language and cultural differences, particularly in markets such as Latin America. As a leading international bank in supporting the global aspirations of Chinese companies, HSBC has established China Desks in over a dozen key markets worldwide, with senior bankers dedicated to helping companies tackle these challenges by identifying new business opportunities, accessing financial products and services, and keeping current with regulatory changes in markets wherever they may go."