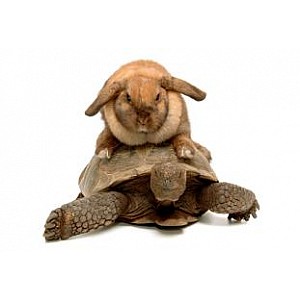 In China all attention now is on the upcoming People’s National Congress and presentation of the new Standing Committee in particular. In terms of immediate economic policy not much will change as it will take some time for the new leaders to get their networks in place and peopled with their chosen ones. And that becomes therefore a slight problem considering the weakening pace of growth in China’s economy.

Already growth has slowed to 7.6% in the June quarter from 9.5% a year earlier and a further slowing to 7% looks likely. On the face of it this may not sound like much of a problem. However strong growth is needed to produce the rise in job numbers needed to soak up the 10 – 15 million people who move from the countryside to the cities every year. In addition the migrant population is over 250 million and if the labour market weakens those people will become quite desperate because of their lack of access to social services like education, health, and welfare.

It is in fact addressing that lack of social services access which the new government is likely to concentrate on. The household savings rate in China is very high at around 24% because people need to build up high levels of reserves for meeting education, health, unemployment, and retirement expenses. If China is to move the drivers of its economic growth away from debt-building fixed investment and now threatened exports to domestic consumption people need to feel safe about spending more. That means they need to feel there are some monetary backstops in case of emergency.

But developing these social services will take time and before then the major question being asked is the extent to which there will be additional easing of fiscal and monetary policies. It is highly likely that reserve ratio requirements and interest rates will be cut. But the impact on the important property market is likely to be muted as the authorities have said that their desire to prevent socially destructive rises in house prices means constraints on property lending will not be eased.

In addition although much has been made of some US$1.5tn worth of announcements of infrastructure projects, this seemingly huge stimulus mainly involves projects already announced or awaiting consenting, and many will fail to find financing.

Therefore a sharp boost in growth next year as happened from stimulatory policies enacted over 2009-10 appears very unlikely.

With regard to export markets facing China conditions remain fraught. In Europe unemployment has reached a record 11.4% and governments are struggling to get debt under control – and so far not having total success with growing social resistance to further cutbacks in government spending. In the United States economic indicators remain quite mixed though prospects for growth appear reasonable – as long as measures are taken to prevent an automatic 4% of GDP tightening of fiscal policy from January next year.

With regard to New Zealand’s relationship with China the numbers continue to look good. The value of NZ goods exports to China in the year to August was ahead by 11.1% while exports to all other countries fell 1%. China now accounts for 15.2% of all goods exports receipts. The number of visitors to New Zealand from China in the year to August was ahead 30% whereas visitor numbers from all other sources were ahead just 3.6%. China now supplies 7.9% of all visitors and accounts for almost 11% of visitor spending.

The number of students from China studying at all levels in New Zealand’s education system over 2011 was ahead 8.5% from 2010 levels whereas students from all other sources fell in number by 3.9%.

Therefore, although China’s growth has slowed and could slow further, NZ’s goods and services exports to China have continued to grow and anecdotal feedback suggests such good growth is likely to continue in the near future.

If you would like to contribute to our newsletter and share your findings with our extensive network in both NZ and China please contact Luke Qin at luke.qin@nzcta.co.nz