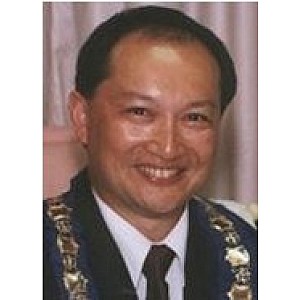 By Meng Foon, Mayor of Gisborne

I believe the Maori business world is the future of NZ’s prosperity. The reason why I say this is because they are here forever, their business strategy is forever and their self determination cannot be compromised. This is in tune with Chinese business thinking, long term and relationships are important.

Maori world view is not just about economics, but also includes working with the environment, retaining their culture, supporting social matters, and enhanced with their spirituality. Similar to Chinese Yin and Yang.

Our cultures are similar and the way that business is done is based on relationships and a shared vision for mutual respect and understanding.

Maori are right into the business world; this is not new to them as they were traders amongst themselves with their own natural resources, from their particular area before the white man came to NZ. They traded green stone with those who didn’t have green stone, seafood, inland birds for treasure that they didn’t have.

When the white man came they saw new horizons with new markets, Maori saw opportunities very quickly and wanted to make relationship in and around NZ and the rest of the world. Maori from Tairawhiti had schooners and barges which travel around NZ and to Australia, trading their own traditional goods of flax, green stone and wood goods with also what the Pakeha* had bought to these shores. Potatoes, wheat, corn etc.

Maori quickly grasped the new technology which the Pakeha had bought with them and adapted this new technology to suit the local conditions and needs.

As the Tairawhiti Iwi* Settlements with the Crown are coming to fruition, this gives iwi an opportunity to have a say in the policies of our country, influence in the goods they sell to customers. They are very keen on relationships to sell to the high end of the market.

Iwi know they are unable to supply the whole world with their goods and services, but they do have aspirations to sell safe food, from sustainable food practices, technology to the upper end of the market. They wish to one day sell directly to the customer and participate in most of the supply chain, particularly the parts which they can control and make money from.

We have a number of businesses and government delegations come to Gisborne/Eastcoast, they are keen to invest and buy goods from our region, we have learnt that this takes time to work through. My role as mayor is to make the connections with the many types of business organisations in our region.

We have a rich resource of wood, produce, meat, agriculture expertise and seafood which are being bought by Chinese customers now. We know in Gisborne/Eastcoast we can grow safe sustainable and good quality food. I hear this is what the Chinese market wants.

Maori are very keen to nurture these relationships so that a trading relationship can be formed.

I am working with the EIT training Institute to promote the Polytechnic as a world class training facility for wine making and Vineyard management. A wood processor from Shanghai wants to look at establish a pulp mill here in Gisborne, a new wine importer has just bought 2 containers of wine from Gisborne and she hopes to grow this to be a big part of her business. These are all from our contacts in NZ and China.

China is not going away, it is reported to be one of the oldest civilizations in the world and we need each other. Gisborne District Council is having economic relationship agreements signed with Chinese cities. This gives us an advantage as we can open doors at the very top level in China.

Tairawhiti’s link to Asia is secure with many Asian and Gisborne/Eastcoast firms already doing business in our region.

Having the natural advantage of being a Chinese mayor in Tairawhiti gives the Chinese business people from China comfort that they will be looked after.

Iwi is a M?ori language term that means “peoples” or “nations” and has been used to mean “tribe”.

Pakeha is a M?ori language term for New Zealanders who are "of European descent".

Meng Liu Foon is the current Mayor of Gisborne and won a fourth term in 2010. He is one of a handful of people of Chinese descent to have become a mayor in New Zealand and is fluent in English, Cantonese and M?ori. Meng’s mayoralty extends across New Zealand's eastern most province with the largest proportion of Native Maori population. He has released a musical album, Tu Mai, which includes various native tracks and is a board member of the New Zealand Rugby League board.

To share your insight into the future of NZ-Sino business relationship please contact Luke Qin at luke.qin@nzcta.co.nz