<< NZCTA: Tribute to Victor Percival, ONZM NZCTA Commentary: Burning bright in the year of the Tiger >> 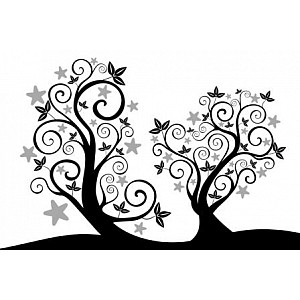 The visit of Vice President Xi Jinping gave the opportunity for a broader segment of New Zealanders to reflect on the importance of our relationship with China.

Those China hands close to the action have recognised and followed the rapid increase in trade and the elevation of China from fourth, then third and now second export partner as well as second overall trading partner.

The 2008 FTA certainly seems to have had some impact, in our export performance, as, in addition to the much publicised increases in milk powder and logs, which were primarily driven by market forces, manufacturing exports increased by 10% over a period when over all markets, our export returns decreased.

But almost more importantly the vice presidential visit emphasises the warm and positive relationship which has developed between the trading partners, which in turn has created an aura within which it has been easier to develop new trade and business partnerships.

In his speech at the Auckland business lunch, Trade Minister Hon Tim Groser added a fifth “first”, the only country to have an FTA with both China and Hong Kong.

Xi stressed that the Chinese side has always taken a strategic and long-term approach towards its ties with New Zealand, regarding it as a good friend and partner in the Asia-Pacific region.

The FTA seminar, “Reaping the Rewards”, which NZCTA co-hosted with NZTE and two Chinese partners, the Chamber of Commerce for Import and Export of Machinery and Electronic Products and The Chinese Bureau of Investment Promotion, simply underlined the complementarity of the relationship.

Shi Zhiyuan, General Manager of Qingdao based multi-national Haier, spoke of its international objectives and of Fisher and Paykel’s position within its strategy. That was counterbalanced neatly by NZCTA Board Member and Teknatool Managing Director, Roger Latimer, who is also manufacturing in and exporting from Qingdao.

An audience approaching 400 including 140 members of the Vice President’s Business Delegation from all parts of China were left in little doubt of the opportunities available or of the positive attitudes of both bilateral partners.