<< 4Ps: key to unlocking the China market Our China footprint >> 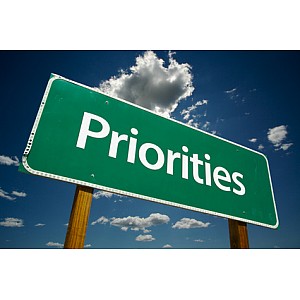 China’s 12th Five Year Plan (2011 – 2015) made some bold statements about the importance of education, healthcare and tourism to transform their services sector and improve the quality of life for the middle and upper classes. Western economies, particularly New Zealand, are currently benefiting from China’s shortcomings in these three areas as can be found from recent statistics:

•    There are currently 25,000 students from mainland China studying at New Zealand educational institutions (almost 7000 at New Zealand universities), making up 26% of our total international student numbers. This number is expected to steadily grow over the next few years.
•    New Zealand Tourism reports that 230,000 tourists from mainland China visited New Zealand in 2013 (growing over 16% from the previous year) as New Zealand’s second largest tourism market and Chinese tourists are travelling more widely and spending more due to the China Travel Law that took effect in December 2013.
•    New Zealand is a relatively new to the Medical Tourism market but is an emerging player with huge growth potential. With costs significantly less than that of the rest of the Western world without compromising quality, New Zealand has an enormous opportunity to position itself as the leading destination for outbound Chinese medical tourists.

As with all things in China, when the Government makes a plan to do something, and takes it seriously enough to state it as a priority in the Five Year Plan, you can be sure that serious and concerted action will follow, and this is exactly what’s happening in each of these three areas:

Over 9 million students took their National Higher Education Entrance Examination this year and many choose to complete their studies overseas (US universities report that there are 235,600 Chinese students studying in America comprise nearly 29% of all foreigners enrolled in US higher education, a number which has increased by more than 21% over the past 12 months). With over 150,000 students enrolled in Australian universities, education has become New Zealand’s top services export and fourth largest export overall, behind iron ore, coal and gold but ahead of tourism, natural gas and crude oil.

But China now has plans to fight back, to retain more of its own students and to attract foreign students as well, transforming itself into an ‘innovative economy and an education hub'. The Ministry of Education has publicly declared its ambition to increase the international student population in China to reach 350,000 students by 2015 (currently 260,000) and 500,000 by 2020.

China’s growing middle class places a high value on study and high quality education and, despite the Government’s commit to invest in the education sector, demand will continue to outstrip supply. New Zealand’s education sector is uniquely positioned to participate in the development of China’s education system by providing access to world class teachers and educational platforms, plus specialised IT systems for on-line delivery, remote access to learning materials and flexible program delivery modes. With a huge gap between future skill needs and current skill levels in vocational training, China’s vocational industry is growing rapidly and is likely to dominate the world stage in the future, encouraging foreign students to study in China. With China as our largest source of international students, contributing approximately AUD 4 billion to our economy, New Zealand can’t afford to be complacent.

China has become significantly more conscious about the importance of health, food safety and medical services as a result of some of its well publicised challenges:
•    rapid urbanisation
•    an ageing population
•    pollution and environmental degradation, leading to severe concerns about food safety, air quality and water sanitation
•    changing diets and lifestyles, leading to a sharp increase in western style health problems and diseases (for example, the number of diabetics in China has doubled in the last 5 years to over 100m people)

China’s public hospital system, which in many areas is antiquated and under severe pressure, suffers from a lack of funds compared to more developed countries. The Chinese Government allocates only 5% of its total GDP to the provision of healthcare services (hospitals, medication, equipment, drugs etc.) which is less than half of most western countries and one-third of the US, but this is expected to rise to 7%, representing a public healthcare sector of over US$1 trillion by 2020. At the same time, its encouraging the development of new privately owned healthcare players and providers with a plan to double the number of private hospitals and facilities by 2020.

The current five year plan identifies the bio-technology and bio-medical sectors as the key strategic innovative industries of the future. Multi-national companies are identifying significant opportunities to participate in the demand for world class expertise, knowledge, products and services in many areas:
•    Diagnostics and Treatments
•    Pharmaceuticals and Health Supplements
•    Medical equipment and devices
•    Physician and Patient education
Whilst starting from a fairly low base, the growth in demand in these areas is expected to rise by over 20% per annum for the foreseeable future.

With over 300 million people still to be urbanised, and more than 500m people expected to enter middle class income brackets in the next 30 years, China’s healthcare sector represents a major growth opportunity for foreign and local players. Our recent visit to the headquarters of Lancare, one of China’s fastest growing private healthcare players, is a great example of how the landscape is changing. Click here for more details.

When I first visited Beijing in 1989, I was surprised to find myself virtually alone in the Forbidden City with only a small handful of foreign tourists and virtually no locals. Back then, Chinese people couldn’t afford to travel even within their own country and, in any case, travelling domestically was discouraged and in some cases even prohibited. How much has changed! The local tourism sector in China has increased at a steady rate of 10% per annum since then and now there over 2.5 million local domestic tourists and approx.129 million visiting foreigners.

China’s Tourism sector is already experiencing the benefits to employment, consumption and the economy from a thriving domestic tourist sector but it has to make a dramatic leap to cope with the expected ‘tsunami’ of foreign tourists expected to flood into China in the next few years. According to the World Tourism Organisation, there will be an annual increase of 43 million foreign tourists visiting China over the next 20 years, with a total of 1.8 billion by 2030! These numbers are staggering even by Chinese standards!

In order to rapidly build and develop its local tourism sector to cope with future demand, China will be paying close to attention to the experience of their own people when travelling overseas. According to the Economist “nearly one in ten international tourists worldwide is now Chinese, with 97.3m outward-bound journeys from the country last year, of which around half were for leisure”.  New Zealand is experiencing a strong increase in the number of Chinese tourists and this is highlighting some of the shortcomings in our own tourist sector which is having to adjust to the cross-cultural challenges of dealing with mainland Chinese tourists.

New Zealand’s world-class reputation as an iconic tourism destination provides unique opportunities for New Zealand tourism operators and service providers to export their capabilities, products and services in IT operations, customer service and engagement, logistics, systems and product offerings to China. With over 1300 operating travel agencies in China, there is considerable scope for joint ventures, alliances and partnerships. Since China’s opening up in the 1970s, China’s growth as a tourism market has been phenomenal, now the third most visited country in the world. New Zealand’s expertise and capabilities can play a dominant role in the successful and sustainable development of China’s tourism industry on a global scale.

David Thomas is well known in the Asia Pacific region for his experience, credibility and passion for identifying, building and facilitating business and investment relationships between developed and emerging countries.