<< Heaven on Earth in Hangzhou Video: Adapting to the speed of the Chinese market >> 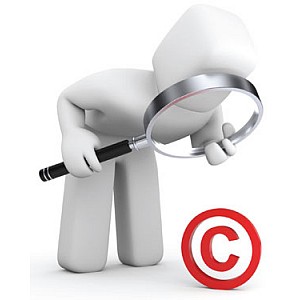 Anton Blijlevens and Cici Cui report on China’s latest efforts to promote the protection of intellectual property within its borders. Are these efforts enough to give Kiwi exporters renewed confidence?

Since 2011, the Chinese Government has created campaigns to combat IP violations and counterfeiting; given local IP offices guidelines to enhance enforcement inspections at large exhibitions; adopted a more effective evaluation of law-enforcement performances; and established a network of IP enforcement information.

Education booths designed to teach the general public about intellectual property are now located in many major centres.

In 2012, the capacity of local IP enforcement offices was significantly increased. This has been central to boosting the confidence of IPR holders, increasing the processing speed of patent applications and encouraging investment in innovation.

The same year, regional IP authorities in China handled 9022 IP dispute cases, up 199 percent from 2011. Among them were 2510 cases of patent disputes, an increase of 70 percent (including 2232 cases of patent infringement), and 6512 counterfeit patent cases.

What’s surprising is that the statistics show the growing value that Chinese companies are placing on protecting their own IP. Drilling down into the litigation statistics above shows that a large proportion of the litigation was commenced by Chinese IP owners. In 2012, 1.2 million patent applications were filed there – 200 times the number filed in New Zealand that year – and more than half of them were filed by Chinese companies.

In China, IPR enforcement can be achieved either by the civil or the administrative route. IPR holders must choose which they want to use and then decide which government body to approach to enforce their IPRs.

Administrative enforcement is usually carried out by the State IP Office or local IP offices for issues such as patent disputes, passing off, and counterfeiting relating to design patents. The IP offices generally act on requests from those who feel their IPRs have been infringed.

The administrative route can be less popular, as local patent offices have traditionally been limited in their technical expertise and resources, and tend to prefer to mediate. However, disputes are generally handled faster and with less cost than using the civil route.

Civil action is another method of IPR enforcement in China and is generally handled by a court. Given its power to grant a full range of remedies available under the law (including injunctions, and evidence and asset-preservation orders), the court is often used as the primary route of enforcement by many IPR holders. In many situations, civil cases can be easier to pursue and more transparent, as they often draw public attention. Unfortunately, they can also be formal, lengthy and much more expensive than the administrative approach.

Despite the great progress China has achieved in the past few years, there are still issues IPR holders need to be aware of. These include insufficient monetary damages, burdensome requirements to obtain preliminary injunctions, and difficulty enforcing awards.

Unlike many Western countries where patent infringement and validity are decided in the same proceeding in the same court, China has separate systems. There, decisions on validity are made by the Patent Re-examination Board, while infringement is decided by a court. IPR holders, therefore, often need to develop a different enforcement strategy for China.

In 2013, China is continuing to develop its intellectual property laws. The State Intellectual Property Office (SIPO) is urging local governments and departments to build a long-term system covering legal, administrative and judicial areas to facilitate the fight against illegal activities.

Infringements of trademarks, copyrights, patents and other IP will also be punished, according to a recent notice issued by the General Office of the State Council.

<< Strategy  < Heaven on Earth in Hangzhou | Video: Adapting to the speed of the Chinese market >