<< IN THE ZONE Does size matter? The advantage of being a small firm in an emerging market >> 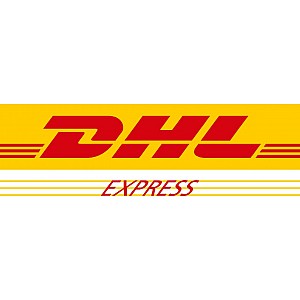 With the other leading economies in the world stalled or nose-diving, China has powered ahead to become the engine of global growth. Even as its blistering pace of growth tapers off to approximately 7.8% in mid-2012, it is still far outpacing the rest of the G20 nations, and remains one of the world’s most dynamic growing economies.

China is the largest exporter and second largest importer of goods in the world, accounting for about 20% of world manufacturing output. According to IHS Global Insight, China and Hong Kong alone will account for 25% of global GDP growth between 2010 and 2015.

China is already the world’s largest market in many sectors, from cars to air conditioners to LCD TVs, and is on course to be the biggest consumer of many more categories of products. The world’s major global companies now have no choice but to be in China or miss the only growth boat still afloat. According to a recent Economist Intelligence Unit report, large multinational companies have raised their expectations for China since the global financial crisis, and are counting on it for a bigger chunk of their growth going forward. Although China is still a relatively small market for many of the largest multinationals, almost 40% of those surveyed expect it to become their biggest market within the next 10 years.

While the established centres of business in Shanghai, Shenzhen, Guangdong, and Beijing have been slowing down, the top 10 fastest-growing cities can be found in the central regions. According to the EIU, Chongqing will be China’s fastest-growing city in terms of GDP, while Zhengzhou, the capital of Henan province, will see the highest population between now and 2015. Closely related to this inland boost is the government’s drive to raise incomes and to shift growth toward domestic consumption. This entails transitioning from an export-led economy to a domestic demand-driven growth scenario. While this new, promising era dawning in China is welcomed by an otherwise anaemic global economy, it also entails a number of supply chain challenges for companies seeking on growth, between now and 2015.

As part of its inland development push, the government has invested trillions of Yuan in such infrastructure as airports, highways, and high speed rail. The investment in high-speed rail frees up the old tracks for cargo, which means new opportunities for multi-modal inland links to the existing ports on the coast.

Factories have started moving inland, and suppliers are following them, with the whole logistics landscape evolving quickly, even if infrastructure is still not yet where it needs to be.

DHL started developing its inland strategy and footprint five years ago. “We have to follow our customers, be familiar with the local strategy, and develop the solutions they need in terms of transit time and the logistics mix,” notes Steve Huang, CEO SDHL Global forwarding, China.

“When these companies move to Chengdu and other inland cities, where the infrastructure is still being developed, they rely on us,” says Wu Dongming, EVP, China, Asia Pacific, DHL Express. “They want us to accompany them, to help ensure smooth operations and adequate infrastructure to cope with their volume growth and maintain service levels. In fact, we just put in our own flight from Chengdu to Hong Kong to meet this growing demand from inland China,” he adds.

On the express side, the domestic market has been growing fast in recent years, while external demand from Europe and the Americas has slowed. SMEs, are beginning to see a lot of opportunities in emerging markets, such as Latin America and Eastern Europe, according to Wu Dongming. “There are over 10 million SMEs in China, but they often lack overseas sales channels, so that is one of their challenges, along with customs regulations and related issues, as well as language. They regularly come to us for help,” he adds.

For such companies in China looking to expand overseas channels, as well as multinationals pursuing opportunities further inland, DHL Express is expanding its connectivity on the mainland with a new North Asia Hub in Shanghai. The new air hub, which opened in July 2012, connects the eastern part of China to Japan and Korea, as well as strengthening capacity to Europe and North America, with dedicated flights. “Shanghai will help us to penetrate the eastern area and to shorten transit times and have later cut off times, which will really help customers,” says Wu Dongming.

China has entered a new, more mature, assertive era of development. It is transforming from world factory to world market and momentum is picking up, with consumption growing faster than exports. “We try to work with our customers as part of a team, to help them overcome their challenges and to be part of their successes,” says Wu Dongming. “We’re always thinking ahead and are prepared for what is to come in the next five years.” “The most important thing for a company operating here is to localise, because you have to know your customers’ needs,” adds Steve Huang. “A global company that thinks locally, with reliable service and competitive rates is key. It’s also important to build partnerships with our customers, in long term relationships.”

DHL entered China in 1980 with a partnership with China’s Sinotrans, before most of its customers, and will continue to invests in this dynamic market. Multinationals entering or expanding in China, as well as local firms looking overseas, can count on a partner with unparalleled local expertise and a global infrastructure.

Exclusive offers to NZCTA members based in Australia & New Zealand from DHL:

As a Member of NZCTA you can get 25% OFF our published rates when you send or receive international packages and documents with DHL Express between 5 November 2012 and 10 May 2013.

We would love to talk to you about offers to our members. Please contact Luke Qin at luke.qin@nzcta.co.nz

<< Strategy  < IN THE ZONE | Does size matter? The advantage of being a small firm in an emerging market >