SMEs in China and How to Manage One: Part I 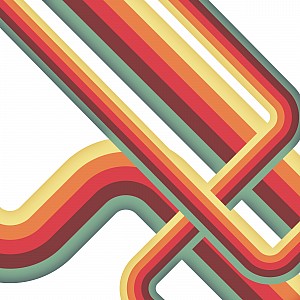 Lessons 1-5: From tenacity to bulkhead financing.

One of the phenomena that crops up after a long career in China is the style of the questions that get asked. When once it was questions over taxes for representative offices, the impact of WTO accession, or where the hell was “Quangjoe (sic),” nowadays I increasingly get asked about managing and developing a business in China.

There is, of course, no one real answer, it all depends on the size of the business as well as other salient pertinent matters that impact upon the business environment. But while many, when it comes to China, tend to focus on the China cultural issues, I believe that even more important are the disciplines of business itself. Even sensible, practical advice can become drowned out among the cacophony of the “China” angle.

I began Dezan Shira & Associates (then named the rather long-winded “Dezan Shira Business Management Services (China) Ltd”) back in 1992. Newly divorced and pretty much financially cleaned out, I knew my Hong Kong, and had traveled to China a few times. Shekou, part of Shenzhen, and a deep water port, had seemed a good bet, not least because Deng Xiaoping had anointed the new city and declared “to get rich is good” there, but also because his old presidential yacht, the Minghua, a gift from Charles DeGalle, was moored in the port. It also had a low tax rate of just 12 percent against taxes in Shenzhen of 15 percent, and those compared to the rest of China at 25 percent. Money, at least it occurred to me, would be a motivating investment factor.

Deng had been appalled at the poor state management of China’s energy requirements – and with the South China Sea close by had earmarked Shekou as a base from which the international oil companies would partner with the China National Offshore Oil Corporation and jointly explore for oil and gas reserves in Nanhai. Shekou at the time was a true wild west – oilmen from Texas, Norway and Scotland, plus a few hardy souls relocated from Nigeria made up the expat scene there. Racing around on Harleys illegally imported as part of the rig equipment, these were hard working, hard drinking two weeks on, two weeks off guys built on Budweiser and Brazilian tattoos. Lan Kwai Fong seemed somewhat pretentious by comparison.

I set up shop. Dezan Shira & Associates would provide legal advice to the MNC oil companies in Shekou.

Eighteen months later, I got my first client, and it was a trademark registration for a Norwegian pub. I had had to literally fight tooth and nail to support myself in China, earning money from DJing, teaching English, and appearing on Shenzhen TV. I was lucky sometimes to have enough to eat McDonalds, and a large bottle of beer was an expense that had to be considered. I hadn’t realized that the local market didn’t really need a small-time guy selling legal administration services, and that all their juicy legal and contractual work was being handled by corporate lawyers back home or some of the few fat-cat firms that had tentatively entered the China market at that time.

That said, I had been tenacious in still plugging away. It hadn’t been an easy 18 months and certainly had led to numerous moments of self-doubt and wondering if China was in fact the right move. Supporting myself through working in nightclubs and teaching English had been a bit of a come down; just a few years prior to this I had been working in Singapore with a company apartment and a big Mercedes. I was now way behind my peers, all working in MNCs and appearing bemused by why I was living on the edge of poverty to keep a business going that obviously did not appear to be working.

The trademark was duly processed, and I found by change that the choice of client – a large Norwegian oil guy called Tom, who ran the pub as a sideline to his real business – proved enormously beneficial. Running a pub, and pouring pints behind the bar, Tom both knew everyone and everyone knew him. He’d told some of his regulars – all potential clients of mine – that he was getting his pub brand “The Red Rooster” trademarked, and that I was doing it. When I eventually turned up with the documents to prove the filing, he would then advise them I’d done a good job. From 18 months to obtain my first client, it took just another five weeks to get my second.

By now, with a few smaller jobs coming in, I was starting to get busy. The DJ work, the TV station and English teaching all had to go. I had real work to do, and I also needed support. I hired a couple of Sichuan girls out of a local bar to assist. Although my Chinese wasn’t that great, it was enough, and with the help of a Lonely Planet phrase book and a Chinese-English dictionary, we could make ourselves understood. I found my Chinese skills were improving fast too, and tried to learn 10 new words a day. It’s repetitive and can be boring, but if you’re disciplined, it does make an impact. Slowly I found myself able to make sentences; a green light bulb would suddenly pop on in my head as I learned how to construct sentences. My office in those days was also in my apartment’s second spare bedroom. Kitted out with just one computer and a printer, I was able to painstakingly hand-produce typed business flyers which I would have photocopied and leave in the business centers of hotels (in those days many foreign companies were extant in specific hotels, which had two or three floors given over to business tenants). I started getting phone calls from interested clients. Money was still tight, but at least I had a raw business model that was generating both enquiries and income.

Of course, I couldn’t bring clients home for a meeting. But I could see them in their hotels. So meetings were always conducted in their hotels, meeting in the lobby over a coffee. Although I had a set program of services that I was providing – mainly legal administration work related to setting up representative offices, trademarks, and so on – I would also be asked if I could perform other duties such as market research, recruitment and even teach English to an entire Chinese management team twice a week for a year. Beggars can’t be choosers, and sometimes it is necessary to bill for related, yet non-core work during the early days.

Before starting the business, I had also gone through a divorce, which had cost me a lot of money. In fact, I was personally in debt as a result (spouse credit card bills on a joint account) and I couldn’t get credit. So no credit cards and I had to manage my cash flow very carefully. In fact, I got so used to not having a credit card, it became normal. I applied and received a new one – my first in 20 years – just last year, and then only due to hassles with bill payments for overseas travel. Having no credit can also in the longer term have a very positive impact, which can also be crucial to a young business. I had to live within my means. If I couldn’t afford it, I couldn’t have it, and the entire business, even today, still adheres to those principles. Dezan Shira & Associates today still has no overdraft facilities or loans. What money we have is ours – and not someone else’s – to manage, and it makes business decision-making processes a lot easier without bankers or other creditors interfering.

There’s a term for this – “Bulkhead financing” –which means you keep the banks completely out of your business except for maintaining your account and giving you a safe place to hoard your income. Otherwise, keep them out of your company.

Chris Devonshire-Ellis is the founding partner and principal of Dezan Shira & Associates, a foreign direct investment practice offering legal establishment, tax, accounting and due diligence services throughout China. Established in 1992, the firm now has ten China offices, five in India and two in Vietnam.
Chris’ popular book “The Story of a China Practice” details his early years of setting up in China and is a must read for all entrepreneurs interested in the country. It sold out its initial print run of 10,000 copies but is now available as a complimentary download from our Asia Briefing Bookstore here.