China’s HR Market: How Much Are Your Employees Worth?

<< Chinese Negotiating Best Practices: The Chinese BATNA Brain Power: China as a base for R&D >> 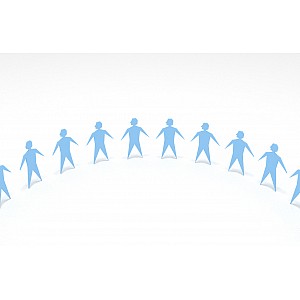 While 10 years ago, China’s low-cost labor force was one of the major drivers pushing foreign manufacturers to choose the emerging nation as their production base, nowadays China’s human resource (HR) market is witnessing significant changes alongside its developing industrial landscape. But while it is widely recognized that hiring is becoming more expensive across the country – especially in some industries and in major coastal cities like Shanghai - it should also be noted that the overall HR market is becoming more mature for employers.

According to the latest statistics released by the UK-based professional recruitment consultancyRobert Walters in its 2011 China Salary Survey, recruitment activity increased in the first half of 2010 and peaked between April and June as the Chinese economy quickly recovered from the Global Financial Crisis amid strong market conditions. The survey predicts that in 2011, salary rises are likely to be around 10 percent across various industries, while top-tier candidates may command approximate 15 percent to 30 percent increases in their compensation.

The size of a company’s hiring budget is closely related to China’s policy alterations and economic development focus. Furthermore, a strong demand for information technology (IT) advancement, encouragement in merger and acquisition (M&A) activities, prosperity in consumer markets, and China’s attempts to further open up its financial sector mean that businesses in the fields of financial services, accounting, IT, sales and marketing may need to prepare bigger paychecks for their employees.

Zhang Sheng, the Commerce Finance Division manager of Robert Walters, describes Shanghai as the third most mature hiring market in Asia among commerce-centered cities, following Hong Kong and Singapore. As Shanghai gains growing global presence and is ready to accommodate headquarters of international businesses, employers will be impressed to find out there is a significant number of candidates available with both local and international experience that make them completely qualified as being “decision makers” instead of “command followers.”

Professionals with local experience in the Shanghai market are of much value for employers who look to set up their business in Shanghai, since many of them have grown and learned with China’s rapid development and reforms in the past decade. The distinct development stages China has gone through in such a short period has enabled them to master a much wider span of business knowledge than those working in a country with relatively stable development.

The Shanghai HR market’s maturity also resides in its mounting diversity and comprehensiveness.

“You can find professionals at all levels to meet your demands in the city,” Zhang emphasized.

The overall national infrastructure development has not only made it easier for companies that want to take advantage of the lower cost in China’s inland cities to relocate their manufacturing bases and build up a national supply chain, but it also makes it more possible for those employers to hire people who are willing to relocate. The changing attitude to relocation means a senior manager can stay with a company longer, have a better understanding of the company’s periodical strategies, and thus become more qualified for participating in long-term decision-making.

While loyalty is supposed to be highly valued in the Chinese culture, staff loyalty is becoming more and more of a mystery for many employers. On one hand, with a massive HR supply, the competition in China’s job market is fierce; on the other hand, companies still often find it difficult to maintain a comparatively stable staff since many employees hop from one job to another frequently for better opportunities or pay.

Zhang believes that low staff loyalty has something to do with China’s growth pattern. The country’s fast shifts in development focus has led to professional shortages in some fields. For example, While China’s M&A market just started booming two years ago, the supply of professional accountants that can help complete compliance processes failed to meet the surging demand, because it definitely takes longer than two years for an accountant to grow mature and competent enough for those positions. The imbalanced supply-demand relationship resulted in companies bidding for the limited amount of professionals, and finally facilitated the phenomenon of “job changers.”

In order to maintain valuable employees, companies may need to take a closer look at China’s policy trends to receive a better understanding of when is the best time to offer employees more incentives. A universal 30 percent post-financial crisis salary increase in many companies that cut redundancy during the crisis is a good example showing how those employers perceive the ever-changing HR market conditions during different periods.

<< Strategy  < Chinese Negotiating Best Practices: The Chinese BATNA | Brain Power: China as a base for R&D >