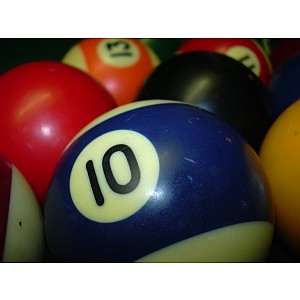 The Li & Fung Research Centre have once again assembled their panel of experts to identify and comment on the trends that will shape doing business in China in the year ahead.

Today, retail and consumer companies home and abroad are casting their eyes on China, bringing exciting changes to China’s commercial landscape. To win in the market, enterprises must keep abreast of the latest market developments.

1. With growing government attention, the growth model of China’s retail and distribution sector is set to change in the 12th Five ­Year Plan period

With relatively solid economic fundamentals, our experts believe that China’s domestic consumption will register robust growth in the coming year. Nonetheless, chances are inflation will continue its upward trend in 2011, with CPI growth stronger in the first half of the year it is likely that inflation will cast clouds on consumption sentiment, which may drag down real retail sales growth.

Online retailing will continue its strong growth momentum in 2011. The rise of online retailing has brought exciting changes to the retail and commercial landscape in China, of which, our experts point out three major trends to watch. First, the “bricks­and­clicks” model will become more popular, as traditional retailers in China feel the pressure to respond to the ever­expanding online retailing market. Second, as the service level of logistics services providers in China still varies, it is likely that online retailing platform operators in China will continue to increase their investment in own logistics and fulfilment. Third, the rapid increase in the number of group purchase websites in China is another major trend.

China is aging fast. It is forecast that by the end of the 12th Five­Year Plan, the elderly population will reach 200 million, accounting for 15% of China’s total population. The rise of elderly consumers presents huge opportunities. The silver market is set to become a new growth point in domestic consumption in the coming years. Today, China’s silver market is underserved with a lot of unfilled demand. Enterprises are advised to tailor their products and services for the elderly to tap the huge potential.

Retailers in China are getting more serious towards going green. Over the past few years, some larger retailers have embarked on a series of green initiatives, such as launching energy efficient stores and requiring their suppliers to go green, to name just a few. We are happy to see that these efforts are beginning to bear fruits. Looking ahead, we expect go­green initiatives will receive stronger government support.

6. Meat and vegetable traceability system to be in full swing amid increasing food safety awareness

There are growing concerns for food safety and product quality in China. To address the food safety issues, the Chinese government has taken steps to build a safer food supply chain.

In 2010, a pilot scheme on a traceability system for meat and vegetables was launched. By improving traceability from farm to table, it is hoped that consumers’ interests can be better protected.

Competition in China’s retail market has intensified in the past few years. Facing head­to­head competition, retailers are seeking different ways to win the hearts of highly diverse and increasingly discerning Chinese consumers. The focus of retailers is gradually shifting from scale expansion to operational excellence. For instance, retailers in China are accelerating format revamps and innovation to attract customer footfalls. Many now develop a multi­format approach to cater to the needs of different customer profiles.

8. Expansion of railway networks sets to transform the commercial and retail landscape

Amid a series of tightening measures by the Chinese government to cool down the residential property market, many property developers in China have turned their eyes to the opportunities in the commercial property market looks set to continue in 2011. In particular, the development of commercial streets across China has caught much attention. Our experts expect that the supply of floor space of commercial streets will continue to rise in the coming years.

In recent years, retail and distribution enterprises in China have faced rising business costs. Undoubtedly, increasing market competition has driven up overhead costs such as rental and labor; there are some structural issues behind the high transaction costs facing China’s retail and distribution sector which are inherent in the country’s policy framework, such as fewer tax concessions and higher electricity tariffs. Industry players urge the government to take steps to help lower the costs of doing business.