How to Crack China

<< The Perils of Cross Border Contracts Product Development: Partnering with factories in China >> 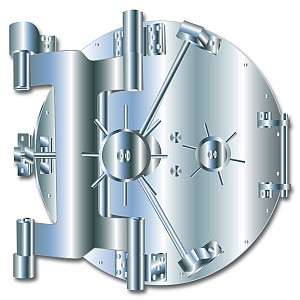 by Mitch Cosani and Charles Avery.

Switching your sourcing to the world’s third largest economy can save you 30%. But getting in there is no easy matter.

China’s development has been one of the great marvels of the modern age. Its output was regarded as a mere statistical anomaly on the international landscape just a generation ago, but has since ascended to become the world’s third largest economy. Chinese exports dramatically expanded after the country’s admittance to the World Trade Organization in 2001, culminating in China’s current status as the number one exporting nation.

In 2009, roughly USD1.2 trillion of Chinese goods reached consumers at every corner of the globe, with sub-Saharan Africa accounting for USD26.27 billion, the Southern African Development Community region accounting for USD12.9 billion and South Africa USD7.37 billion. If businesses wish to remain competitive, it is no longer possible to ignore China’s export potential. For those involved in sourcing, incorporating China into the supply chain presents numerous opportunities.

But before you call the bank to open a letter of credit, you first need to understand how China sourcing can and should be done. Success depends very much on appreciating a few critical drivers and constraints.

The main reason for China’s prominence as a sourcing destination is low costs. Average cost savings of around 30% (depending on product and industry) can be achieved by shifting procurement to China. At the heart of this is labour costs. Average wages in developed nations such as the US are nearly 30 times those of China. Even other developing nations are unable to compete with China on a labour cost basis. The average wage in Brazil is more than six times that of China, and in Mexico, three times. Other factors that contribute to cost savings include lower product input costs and lower finance costs including access to finance and cost of capital.

China’s infrastructure also affords it a distinct advantage over other developing nations. The country ranks 27 on the World Bank’s Logistical Performance Index, higher than Brazil, Russia and India. Numerous new highways and 78,000 km of railway end in six of the world’s 10 busiest ports. Five hundred airports are available to link Chinese products with their end-users abroad. This network of thoroughfares effectively link China’s low labour costs with the world.

How then does a procurement manager access China’s significant potential? The answer lies in appreciating that one size does not fit all and the process is time-consuming and requires effort. Distance (time zones), language and culture are significant constraints, and Chinese specifications and standards – especially when it comes to technical industrial pieces and equipment – are not always easily comparable and require clarification.

When these factors have been accounted for, a comprehensive China strategy can be developed. The pivotal element of this is deciding on the conduit between decision-makers at home and Chinese producers. To manage this crucial task there are three options: to work with a local Chinese agent; to work with an international company with a presence in China; or to dispatch your own employees to China.

Using a local Chinese agent is the cheapest option. Such agents have the potential to be well connected, with the most experienced able to find products for their foreign partners at significantly favourable prices. The major downside to this arrangement is that potential cultural barriers can be a serious hindrance. A common complaint is Chinese counterparts are often less responsive to emails and may be less direct regarding true circumstances. A straightforward 'no' is rare. Thousands of agents exist, making the best ones more difficult to find. Many of these agents may not also have the appropriate import/export registration.

An alternative is to use an international firm with a presence in China. These firms typically employ international staff alongside local Chinese to obtain the best of both worlds. A more acute understanding of the buying company’s procurement requests can be obtained through the use of these agents and it may even be possible to find such an agent from the same country of origin in the more cosmopolitan cities of Shanghai and Beijing. These foreign-owned companies are able to obtain import/export rights, and often do. But they tend to charge higher fees for their services and are subject to stricter administrative controls, which may cause further delays or unexpected costs in the procurement process.

Lastly, there is the option of directly dispatching employees to China. This may be the most attractive option for those considering large-scale operations abroad. Expatriate staff will already be aware of the product requirements, eliminating communication problems. This option could be considered if relationships have previously been established with Chinese suppliers as the China-focused strategy matures. But this is a less feasible option for companies still in the early stages of their China strategy. It can be difficult for newcomers to find appropriate suppliers and to successfully manage all steps in the production-to-port process.

Having a representative of the company physically present in China greatly eases the business interaction with suppliers. Business in China is very much centred on relationship building. The ability to associate a face with a voice over the phone or the signature line of an email will foster greater personal commitment from the Chinese supplier. This process involves regular visits and is an important cultural aspect in dealing with Chinese suppliers. Concurrent on-site inspections ensure greater quality control.

As with all long-distance international trade activity, there are many risks and it is critical that companies understand them. An on-site presence allows final inspection of the product to take place at the factory rather than when it arrives at your port. This allows immediate adjustments to be made, saving weeks in shipping time and legal complications that may arise with payment terms. Carrying safety stock is another simple technique in preparing oneself for potential supply chain interruptions. It is also useful to arrange supplemental agreements with separate suppliers so as to avoid an over-reliance on any single supplier.

Once relationships have been established with Chinese suppliers, procurement professionals may be pleasantly surprised by some of the added benefits. Long-time partners in China will frequently share information with international clients, including referrals to other Chinese suppliers in noncompeting industries. Advanced payments often become unnecessary. As stated earlier, Chinese professionals are more responsive to personal affiliations often making it unwise to switch Chinese partners on the basis of marginal price differences. Information sharing, consistent production quality and faster enquiry response times quickly make up for small price discrepancies.

When should China be considered?

Whether to source items from China should not be a one-off decision, but should rather be based upon a series of systematic decisions. Some initial questions to ask are:

If 'yes' is the answer to any of the above questions, then consider China, but only with a reliable, on-the-ground partner to support you.