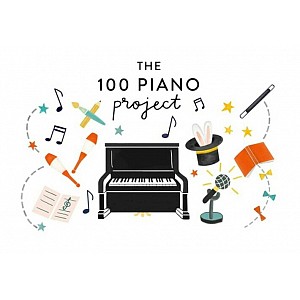 A piano was almost "mobbed" by children in one of New Zealand's poorest communities after it was donated to the local school by a Chinese telecoms company.

Huawei, the world's biggest telecommunication equipment manufacturer, donated the piano to decile-1 Rongomai School in the Auckland suburb of Otara to launch a competition offering 100 pianos to low- and mid-decile schools.

Rongomai principal Paeariki Johnson said the school had not had a piano before and the school's 175 students all wanted to try it.

"When we received the piano we put it out under our canopy because we don't have a school hall, and all our children just came around it and just had a go on it," she said.

Former Split Enz musician Mike Chunn, whose Play It Strange Trust is managing the competition for schools, said the children were enthusiastic "just to make noise".

"The place just came alive in the playground with that piano. It was exciting to see," he said.

Chunn, 65, said the piano was a "communal" instrument that encouraged whole communities to make music and sing, yet less than half of New Zealand's 2500 schools now had one.

"He is very big on music, passionate about people being involved in music," Bowater said.

"We did it in Argentina two years ago. I understand there's a couple of other places that have it going, but he hasn't done it in China.

"He has a bit of a soft spot for New Zealand. He has travelled here a number of times in a personal capacity. New Zealand has been pretty good to our company, giving us a fair chance."

The company set up a joint innovation centre with Spark in 2013 at a time when a US Congressional report had identified the company as a risk to US security .

Ren used his visit this year to announce a plan to spend $400 million in the next five years on a new a cloud data centre and other research projects in New Zealand.

Schools in deciles 1 to 7 can win one of the 100 pianos by submitting a song, dance, short story, poem, play or mural that includes a piano in the subject matter. Entries close on October 20.

Johnson said Rongomai was chosen for the first piano because one of its teachers, Lui Fauolo, knew someone at Chunn's Play It Strange Trust, which promotes songwriting in NZ schools.

"Lui, our teacher who made all of this happen, plays the piano," Johnson said. "We are really fortunate to have quite a few teachers who do play several instruments."

She said Rongomai was founded 30 years ago as a "temporary" school to relieve overcrowding at neighbouring schools, and had never had permanent buildings.

She has decided to use part of the library which can be partitioned off as a music suite with the piano, keyboards, ukuleles and guitars.

She confirmed that pianos were rare in NZ schools.

"I've been to a few schools, I've never spotted one," she said.

"Our aim is that we will be able to start developing a school band, and also for classrooms to come in and do music with their whole class."

This article was first published in the NZ Herald.