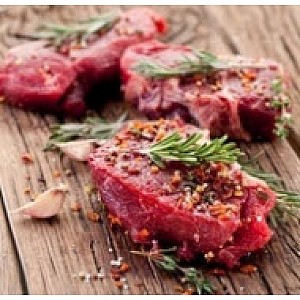 Primary Industries Minister Nathan Guy and Trade Minister Todd McClay have welcomed a Memorandum of Cooperation that allows for the export of chilled meat into China, calling it a big win for exporters.

“This is a fantastic step forward for New Zealand’s red meat sector, and a sign of the great relationship we share with China,” Mr Guy says.

The six month trial marks very positive progress for New Zealand’s work programme to expand market access to China for a range of our meat products.

“This agreement has the potential to be worth hundreds of millions of dollars for our farmers, exporters and the wider economy,” Mr McClay says.

“Part of the Trade Agenda 2030 strategy, launched last week is to maximise the benefits of our existing trade agreements. This memorandum is an important step towards meeting our joint target of $30 billion dollars of two-way with China by 2020.”

China is New Zealand’s second largest market for beef and sheep exports. New Zealand exported about NZ $1 billion worth of frozen sheep and beef meat in the year to December 2016, a trade that has grown five-fold since 2011.

“With great air links to China, exporters have the opportunity to fill returning planes with chilled meat as demand grows,” Mr Guy says

An agreement that will allow China to export retail-ready fresh unpeeled onions to New Zealand has also been signed.

“This follows a new Import Health Standard (IHS) which was consulted with local industry to manage any biosecurity risks.”

Mr Guy also welcomed the signing of an agreement with China aimed at strengthening cooperation in fisheries, and an agreed list of projects to commence as part of the Agricultural Growth Partnership which was signed last year.

“I’d like to thank officials from China’s General Administration of Quality Supervision, Inspection and Quarantine (AQSIQ) and acknowledge the hard work and close collaboration between AQSIQ and the Ministry for Primary Industries.”