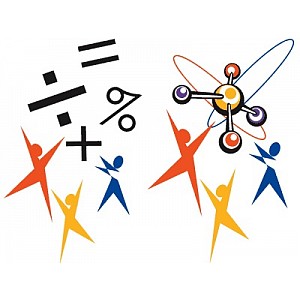 Science and Innovation Minister Steven Joyce unveiled a plaque at the Chinese Academy of Sciences in Guangzhou on 21 September in acknowledgment of the strength of science collaboration between New Zealand and China.

The plaque represents the partnership between the Guangzhou Institutes of Biomedicine and Health and New Zealand’s Maurice Wilkins Centre, which collectively have formed the Joint Centre for Biomedicine.

“China is an important science and innovation partner for New Zealand and the bilateral relationship between the two countries has been developing steadily over recent years,” Mr Joyce says.

“Through the Joint Research Centre, the two institutions have been collaborating on research in biomedicine, notably in the development of second-generation anti-cancer drugs. This plaque symbolises our commitment to maintaining this relationship.”

The Maurice Wilkins Centre is a Centre of Research Excellence hosted by the University of Auckland and acts as a conduit for New Zealand-wide biomedical researchers to collaborate on projects with their Chinese counterparts.

“In addition to the Joint Centre for Biomedicine, we are also expecting a Memorandum of Understanding between the University of Auckland and the Guangdong Province Science and Technology Department to be signed later this year, which will set the framework for establishing new research-based innovation and commercialisation partnerships between New Zealand and Guangdong.”

New Zealand’s co-operation with China has been strengthening under the Strategic Research Alliance Joint Research Programme, which is jointly funded by New Zealand’s Ministry of Business, Innovation and Employment and China’s Ministry of Science and Technology.

“This programme is enabling substantive research collaborations between both countries in the areas of water, food safety and security and non-communicable diseases,” says Mr Joyce.

The Strategic Research Alliance Joint Research Programme was established in 2010 and leverages science and research investment from both countries for collaborative work programmes. It currently supports collaborations between Maurice Wilkins Centre researchers and researchers in China’s Guangdong Province at the Guangzhou Institutes of Biomedicine and Health.