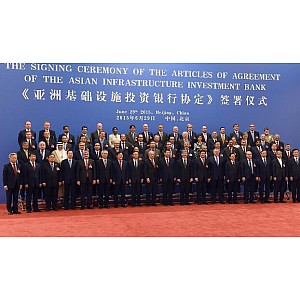 The Bank is a China-led initiative which is being established to address a gap in new infrastructure across Asia.

“New Zealand actively participated early in the negotiations. Our aim was to push for a well-run, transparent and broad-based multilateral institution. The 50 countries who signed today is testament to the final result,” Mr English says.

“We have strong economic, trade and investment links with Asia. Raising the economic potential across the region is very much in the interests of all New Zealanders.”

The Bank is expected to begin operations before the end of the year.

Alongside counterparts from Switzerland and South Korea, Minister English was one of three Ministers invited to address the meeting of Ministers of Finance and the Chinese President at the signing ceremony.