Confidence in Uncertainty: The Fundamentals of China’s Lasting Commitment to Australia 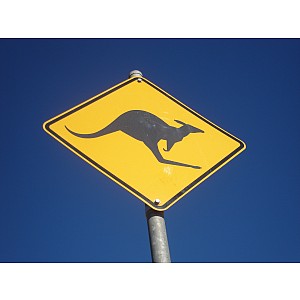 Amidst hefty resource tax policies and an unexpected leadership change in Australia, China remains steadfast in its commitment to a sustainable long-term engagement with Australia.

The deals signed by former Australian Prime Minister Kevin Rudd and Chinese Vice President Xi Jinping in June this year are a good representation of the state of China-Australia relations. Taken independently, most of the deals are not particularly groundbreaking given the sheer volume of agreements coming out of this partnership. Among the ten, the most interesting deal from a financial value perspective is probably the USD 1.2 billion facility agreement between Karara Mining Ltd. and China Development Bank Corporation (CDB). However, taken together, the ten deals are representative of the main focus areas of the China-Australia dynamic – a good majority of the deals are aimed at energy and mineral resources, with significant transactions in infrastructure, agriculture, manufacturing, services and education. Interestingly, the risk and uncertainty that formed the backdrop to the agreements added additional veracity to this microcosm of Sino-Australian relations.

The announcement of the Resource Super Profits Tax (RSPT) in Australia at the beginning of May 2010 resulted in strong condemnation from Australia’s mining sector, anxiety among present and prospective Chinese investors and a heightened risk profile for mining investments in the country. Based on the government–commissioned Henry Report, the RSPT was one of the 138 tax recommendations forwarded by Treasury Secretary Ken Henry to be deliberated on. The unpopular tax regime would have imposed a 40% tax on profits from the country’s resource projects, after companies recover the extraction costs and recoup their capital investments.

This was expected to provide the federal government with an additional USD 11.1 billion in revenue. The oft-criticised ‘punitive’ tax became immaterial, however, when then Deputy Prime Minister Julia Gillard challenged the beleaguered Prime Minister Kevin Rudd for leadership of the Labour Party just days after the deals were signed in Canberra. Rudd, who had been enjoying meteoric success as one of the most popular leaders of the country, saw his approval ratings swiftly plummet after a series of political missteps came to a head with his failure to achieve a carbon emissions trading scheme. Rudd had earlier referred to climate change as ‘the greatest moral, economic and social challenge of our time’. Exacerbated by the announcement of the RSPT, the PM was summarily ousted by his party in a swift internal leadership change.

Given the apparent show of support from the Labour Party when Rudd was under siege from the mining sector, Gillard’s challenge came as a surprise, but also as a welcome reprieve for Labour who had seen their leader’s approval ratings drop from 74% all the way to 36%. Gillard set about righting the government’s relationship with the mining sector by developing an alternative to the RSPT. A new Mineral Resources Rent Tax (MRRT), with a tax rate of 30% applied specifically to iron ore and coal profits, was unveiled after consultations with the leading mining houses of BHP Billiton, Rio Tinto, and Xstrata.

Riding on her honeymoon period and relatively successful handling of pressing concerns, Gillard called a snap election for 21 August to cement her legitimacy to govern. However, what started as a seemingly easy route to victory has now become heated electoral campaigns for both the government and the opposition Liberal-National coalition as government infighting and dearth of major policy changes start to draw criticism from the public and tarnish Gillard’s appeal. By August, polls were predicting a neck-and-neck finish for the elections as support for Labour and the conservative opposition came to an unexpected 50-50.

Given the political realignments presently occurring within the Australian government and the element of uncertainty they entail, the Sino-Australian market has continued to churn. Perhaps partially obscured by the RSPT ruckus, the 21 June Signing Ceremony was a significant milestone as it expanded on the existing China-Australia agenda focusing on resources, infrastructure, education, trade and communications. Notable deals, apart from the aforementioned Karara Mining and CDB agreement, are the: MOU on project development between Aquila Resources and CDB; a joint venture agreement between China National Offshore Oil Corporation (CNOOC) and Arckaringa Energy Pty Ltd; and an MOU between the Department of Resources, Energy and Tourism of Australia and the National Energy Administration of the People’s Republic of China on enhancing cooperation in the field of energy. Trade statistics from China Customs reflect a vibrant China-Australia commercial landscape with total bilateral trade during 2001-2009 showing a compound annual growth rate (CAGR) of 26.7%, whereas total bilateral monthly trade in May showed a notable 63.72% increase y-o-y.

The figures for investment are no less remarkable. According to the Australian Bureau of Statistics (ABS), Chinese investment in Australia increased by a CAGR of 23.2% during 2001-2009, with figures more than doubling from USD 7.2 billion in 2008 to USD 15.1 billion in 2009. Moreover, since the announcement of the RSPT and the subsequent changing of the Labour leadership, Sino-Australian investment activities show little sign of slowing down as evidenced by ‘Developments in China-Australia Foreign Investment’ in the preceding investment section, based on the latest media reports.

Education continues to play a major role in Sino-Australian relations. At a CAGR of 18.7%, China has been sending the most students to Australia, increasing from 445,995 in 2002 to 1,476,639 in 2009. It is interesting to note that, every year, almost half of the students are in Australia for higher education while the rest are scattered in vocational education and training (VET), English Language Intensive Courses for Overseas Students (ELICOS), schools and other non-award courses. 2010 is sure to see a continuation of these trends as the first half of the year already saw 683,900 Chinese students enrolled in Australia.

There will always be challenges inherent in Sino-Australian relations. They may crop up in a variety of forms such as political disputes or poorly communicated policies. However, in view of the highly synergistic nature of this collaboration, it is virtually certain that Beijing and Canberra will carry on with their commitments, regardless of internal shifts in governance. While one can expect China to be closely observing the Australian elections and the succeeding months to fine-tune its engagement strategy with the new government, the broad economic imperatives of both countries remain the same, and so will the drive to cultivate a long-term, strategic agenda to address them.

This article first appeared in the August issue of The China Analyst.