<< Interview with a Chinese “Balinghou” 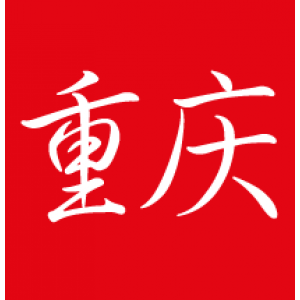 Doing business in China is not only about being in Beijing, Shanghai or Guangzhou, throughout 2009 we are featuring second- and third-tier cities in China that are beginning to see increased foreign investment. Each month, China Briefing will feature one city from each of the five regions of China.

The effects of the “Go West”’ drive to generate investment in the western provinces can be felt most clearly in this huge municipality. It is expected that Chongqing can play the role as a magnet for investment in the west as Shenzhen and Shanghai did for the south and the east in the 1980s and 1990s. Chongqing is already one of the fastest developing cities in the world and the government wants it to develop faster still. The target is for the municipality to be 70 percent urbanized by 2020.

Chongqing possesses a comprehensive transportation system that not only links the east and west together but interconnects its own urban and rural areas. It is the only transport hub in west China to integrate water, land and air transport. There are five major highways which run through Chongqing, the most important of which is the Chengdu-Chongqing expressway that links the two powerhouses of West China. Three major national railways run through Chongqing and the municipal government hopes several new lines under construction will make the city a national railway hub by

2017. The flagship project is a new highspeed link to Shanghai which will cut the journey time from 42 hours to just eight hours. According to local authorities, the city will have eight containerized rail lines by 2020.

Chongqing Jiangbei International Airport is located 21 kilometers to the north of the city. There are international flights to Hong Kong, Dusseldorf, Munich,Tokyo, Nagoya, and Seoul. The airport has two terminal buildings which have the capacity to serve 1,000 passengers an hour.

Lying on the upper reaches of the Yangtze River, Chongqing is the largest inland commercial port in Western China. The port can handle ships of up to 12,000 dwt depending on which of the five terminals they dock at. However, due to seasonal tides, loading and unloading can be slow at times. The Three Gorges Dam has also reduced the journey time to Shanghai as it has raised navigable water levels along the river.

Chongqing is also one of the biggest iron and steel production centers, and an important aluminium production base. The manufacturing sector is also in good health. There are more than 10,000 factories with fixed assets of over RMB73 billion. In 2005, a number of prominent domestic appliance manufacturers, including Haier, Midea and Gless, relocated their factories from coastal provinces to Chongqing. It reportedly costs RMB100 less to produce an airconditioning unit in Chongqing than it does in those provinces.

Chongqing is the fourth most attractive location for FDI after Beijing, Shanghai, and Shenzhen. In 2007, contracted FDI was US$4.07 billion, an increase of 260.18 percent, of which US$1.085 billion was utilized. Global Fortune 500 companies with operations in the municipality include Danone, Carrefour, HSBC, Ericsson, Honda and Ford. Trade has also experienced significant growth.

Exports in 2007 were US$4.51 billion, increasing by 34.4 percent. Major export items include motorcycles, automobiles, auto parts, chemicals, pharmaceuticals, agricultural products and light industrial goods. Imports also increased 38.6 percent to US$2.94 billion leaving the municipality with a trade surplus of US$1.57 billion. The private sector accounted for 40 percent of the local economy, a proportion that is expected to reach 60 percent by 2014.

<< Profile  < Interview with a Chinese “Balinghou”