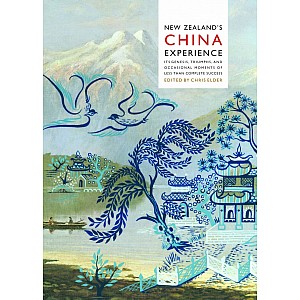 New Zealand’s China Experience, edited by Chris Elder, collects fiction, poetry, personal accounts, historical narrative, anecdotes, transcribed oral narratives, newspaper articles and more, all bearing in one way or another on New Zealand perceptions of China and contacts with China and the Chinese.

New Zealand’s China Experience is published to mark the 40th anniversary of the establishment of diplomatic relations between New Zealand and China in December 1972.

To qualify for a 20% discount for this special book please simply go to the Victoria University Press website http://vup.victoria.ac.nz/recent-books/ add it to your cart and enter the coupon code “NZChina” (case sensitive). Postage is additional but free in New Zealand.