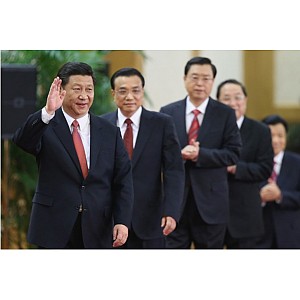 While in Fuzhou, I had the honour of interpreting for him on a few occasions, which included sitting 1 seat away from him at dinner when he hosted overseas guests.

My impression was that he was easygoing and people spoke highly of him. In fact, his wife Ms Peng Liyuan, the celebrity singer, was often seen shopping at vegetable markets in Ningde city, which is very unusual for a celebrity and a wife of the local Party Secretary.

Mr Xi was elected the Party’s General Secretary and Chairman for the Party’s Military Committee. Second in the Party ranking is Mr Li Keqiang, who is currently a Deputy Premier.

Following the National Congress, the Party also named Mr Xi as China’s next President with Mr Li as the new Premier. The transition of the state leaders will be confirmed by the National People’s Congress in March 2013.

So maybe this leader will have more of an impact on New Zealand than President Obama.

New Zealand has strong links with the new leaders. Mr Xi visited New Zealand in 2010 as Vice President when he opened the Confucius Institute of Victoria University. A year earlier in 2009, Mr Li visited as Deputy Premier in charge of food safety and health and opened the Confucius Institute of Canterbury University. During their visits, both leaders proposed measures to further advance bilateral relations between the two countries. Recently, Mr Li said the relationship between New Zealand and China is “at its best ever”.

The fact that both leaders chose to visit New Zealand is quite significant for us. It shows our unique trade and political relations with China. I am sure the special relationship New Zealand has with China’s new leaders will further enhance our bilateral trade relations for the next decade, as Mr Xi and Mr Li in their term of office lead China to become, as projected, the world’s largest economy by 2025.

By the way, when you are next in China, go and visit my hometown of Ningde City and Fujian province if you can – it has good Feng Shui given it has produced the next Chinese President.

Mr Xi’s first public speech after he was elected the Party’s General Secretary: