<< Can China’s Consumers Spend Another US$790 Billion Annually? Is China Growing Too Big? >> 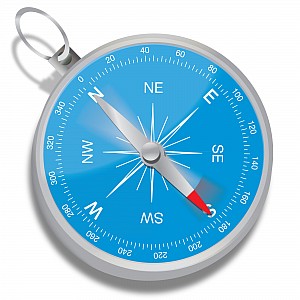 For domestic consumption, the New Zealand government frequently trumpets the success of the China-New Zealand FTA in terms of short-run economic gain. So Foreign Minister McCully told the Foreign Policy School in Dunedin on 25 June 2010, ‘During the darkest economic days of the global downturn, but in the early stages of the implementation of New Zealand’s Free Trade Agreement with China, our exports to China for calendar 2009 increased by a massive 43 per cent.’

Prime Minister John Key told his National Party conference last weekend, ‘At the heart of our trade push are living standards and jobs.’

President Obama tells his domestic audiences that he intends to double US exports in 5 years at the same time as he tells Asian audiences that the US is back in Asia. Asians are unlikely to join in a crusade to double US exports or even to see it as part of the building of an Asian community within the global economy. The cognoscenti might realise that the president is talking about deeper engagement with the international economy, increasing imports as well as exports, but that is not what the domestic audience is intended to hear.

Increased exports to China have been welcome, but the FTA is far more strategic than commercial, and it is regional more than bilateral. The Chinese emphasis on continuing the ‘Four Firsts’ is a better prosaic statement than is the domestic political rhetoric.

New Zealand was first to complete an agreement on the terms of China’s accession to the WTO, first to recognise China as a market economy, the first developed economy to commence free trade negotiations with China, and the first developed economy to complete a free trade agreement. A ‘fifth first’ has been added with the signing of a free trade agreement with Hong Kong, following its conclusion of an economic partnership framework agreement with the Mainland. Such patterns seldom play a role in New Zealand thinking; its familiarity is testimony to accommodation of Chinese styles of thinking.

While the China-New Zealand FTA improves market access for both economies, and this includes bilateral exports in wine and dairy from New Zealand, the important elements of the agreement lie elsewhere.

The New Zealand fishing industry has plans to use increased opportunities to use processing facilities over a wider range of locations in China. China is using the New Zealand agreement and market to test its ability to comply with international standards in areas like product safety in electrical goods. The New Zealand market is not big enough to support the cost to China of implementing standards through central, provincial and local government agencies, but New Zealand is a useful learning-ground for wider international markets.

The agreement also includes clauses which provide for temporary movement of natural persons from China to New Zealand, again an exploration of something which must become more significant internationally. It also brings China within a world of binding investor-state international arbitration.

Most important of all, for New Zealand, the agreement strengthens New Zealand’s claim to participate in the process of East Asian integration. There will surely be a growth in China’s domestic market relative to Chinese exports to Europe and America. Asian economic integration will accompany that process. New Zealand policy is to facilitate integration and liberalisation by all available instruments, including the Trans Pacific Partnership and a Free Trade Area of the Asia Pacific. But there is more momentum in Asian economic integration than in Asia Pacific liberalisation—and the processes are complementary more than rivalrous. The China FTA is an indication of the genuine interest of New Zealand in East Asia.

New Zealand is sometimes accused of being naïve about China. But naivety lies with those who identify Chinese ‘helpfulness’ or China’s participation in contributing to global public goods, with Chinese acceptance of US preferences.

From 2013, rugby sevens, a variant of rugby union, will be played between the provinces of China at China’s National Games. That creates prospects of major changes in world sports—but it is important for the symbolism that New Zealand can be part of the Asian community which is being built.

Gary Hawke is Senior Fellow at the New Zealand Institute of Economic Research, Professor Emeritus and was formerly Head of the School of Government at the Victoria University of Wellington, New Zealand.

<< China General Interest  < Can China’s Consumers Spend Another US$790 Billion Annually? | Is China Growing Too Big? >